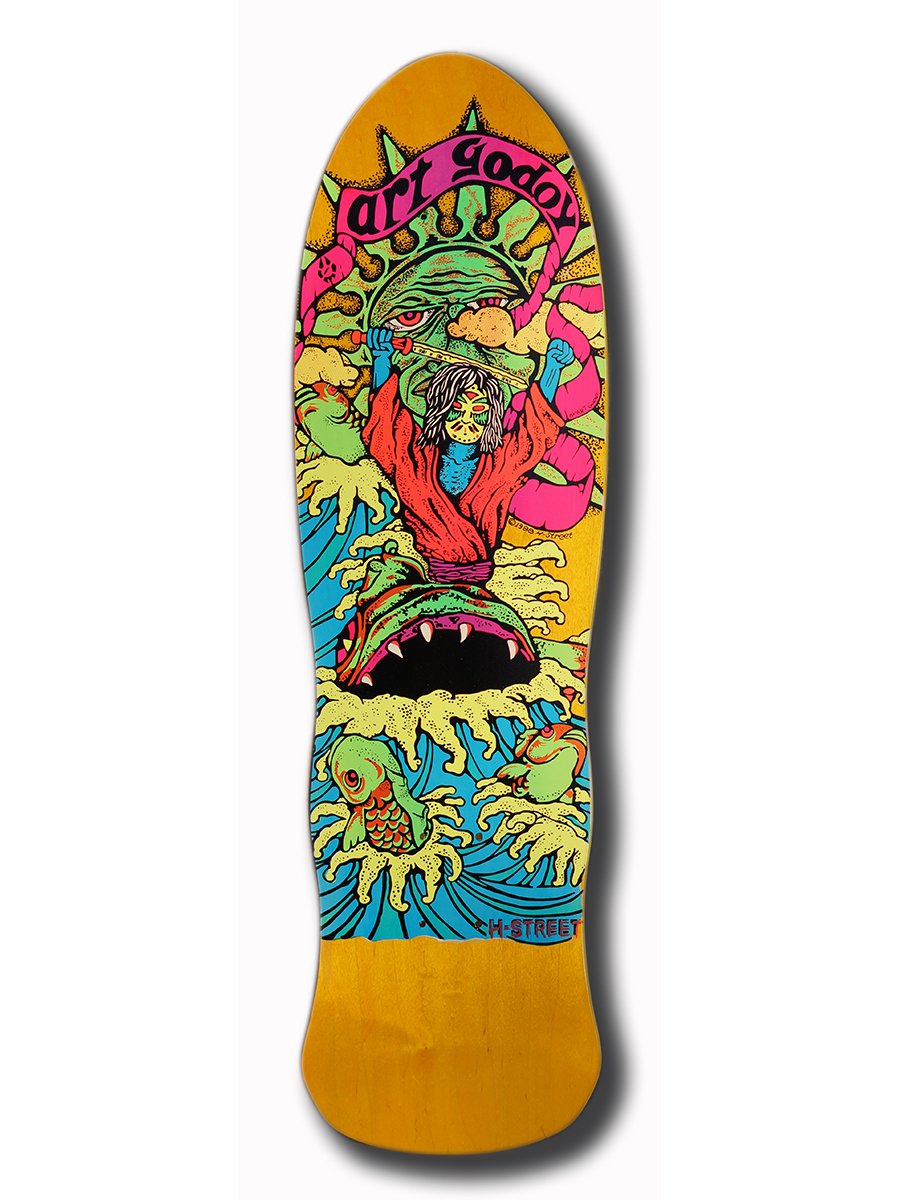 Art Godoy was part of the original H-Street crew and by extension, his twin brother Steve, both legendary skateboarders in the 80’s. They were both early innovators in tattoo art and punk rock music and took their art and attitude to create some of the best H-Street graphics of all time, that pioneered the merging of the skate/tattoo art and lifestyle.

Between the two of them, they created an art style for skateboard graphics that was totally unique and have never been duplicated and most of the really famous H-Street riders were fortunate enough to have the Godoy’s artwork as their graphics.

Art made a number of graphics featuring sea animals and scenes but this was the first one. Both Art and Steve were very creative with shapes at an early time in the 80’s and their mark on skateboarding is a permanent legacy. 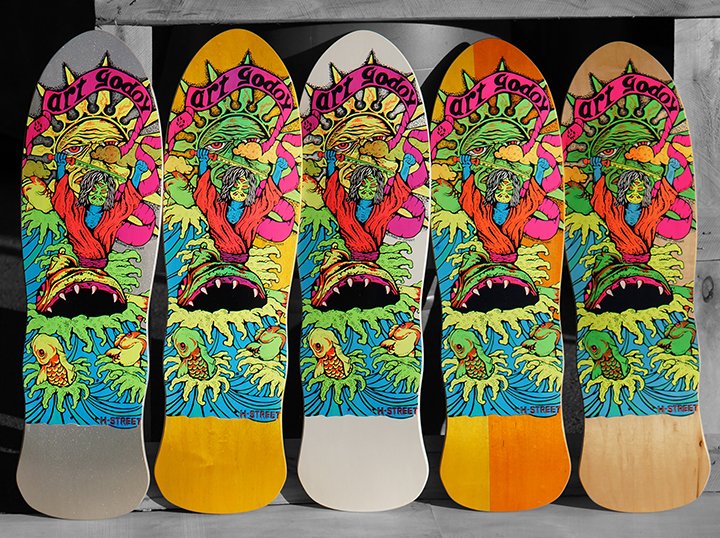 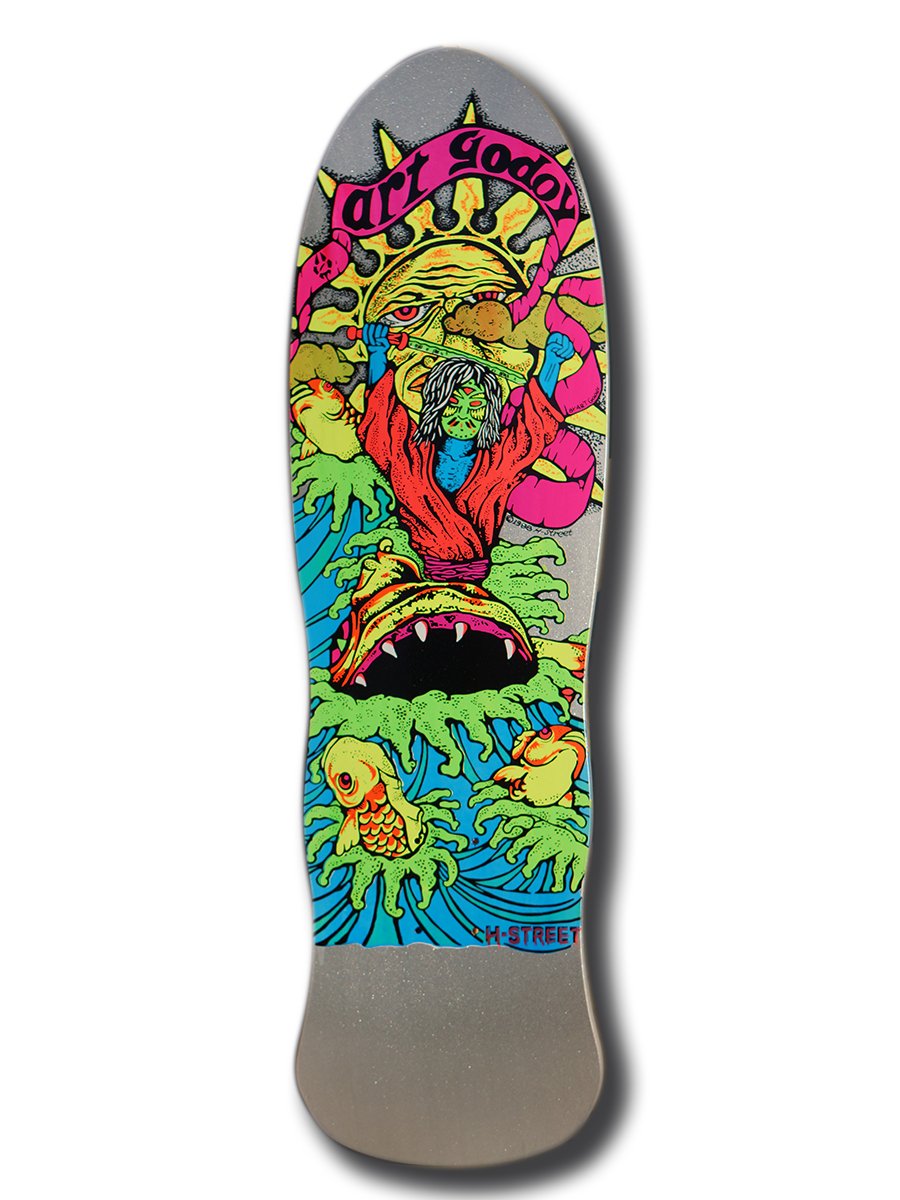 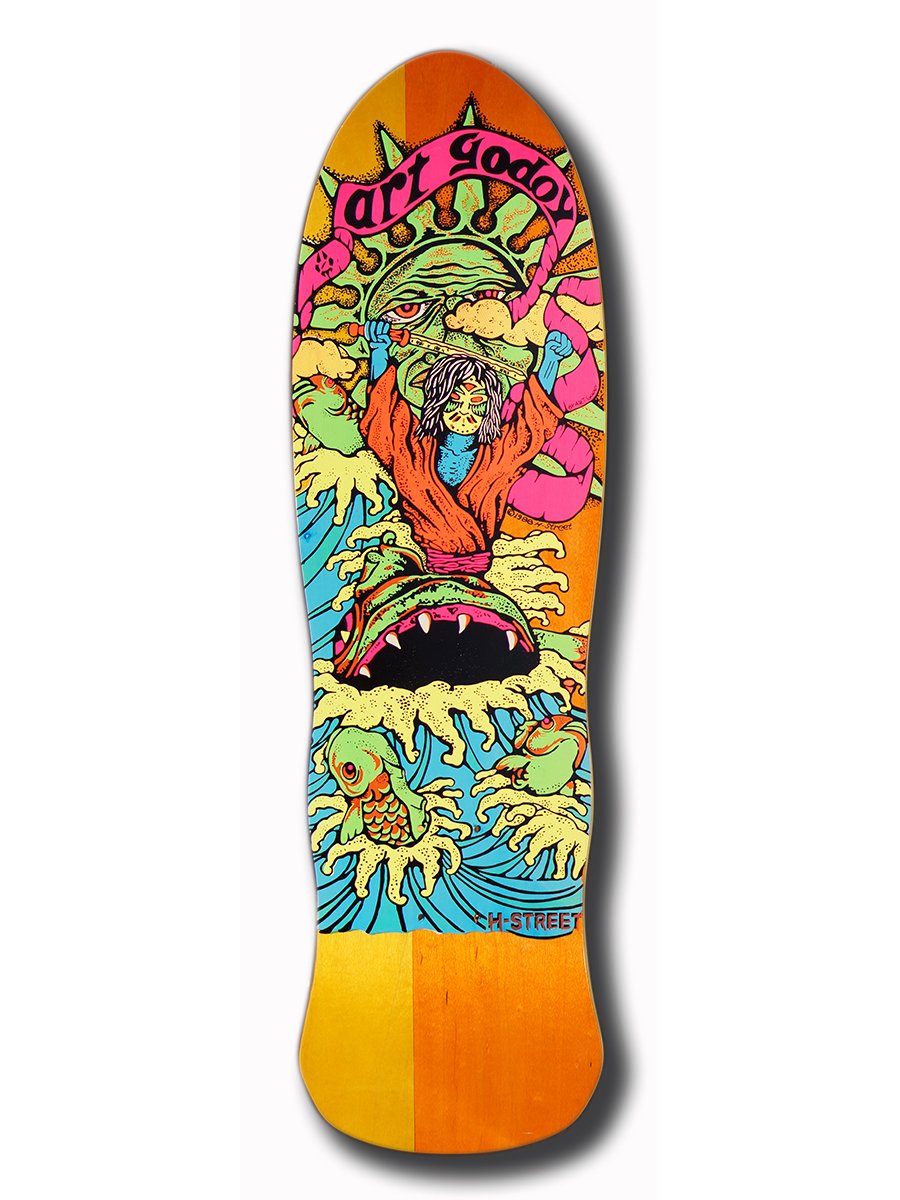