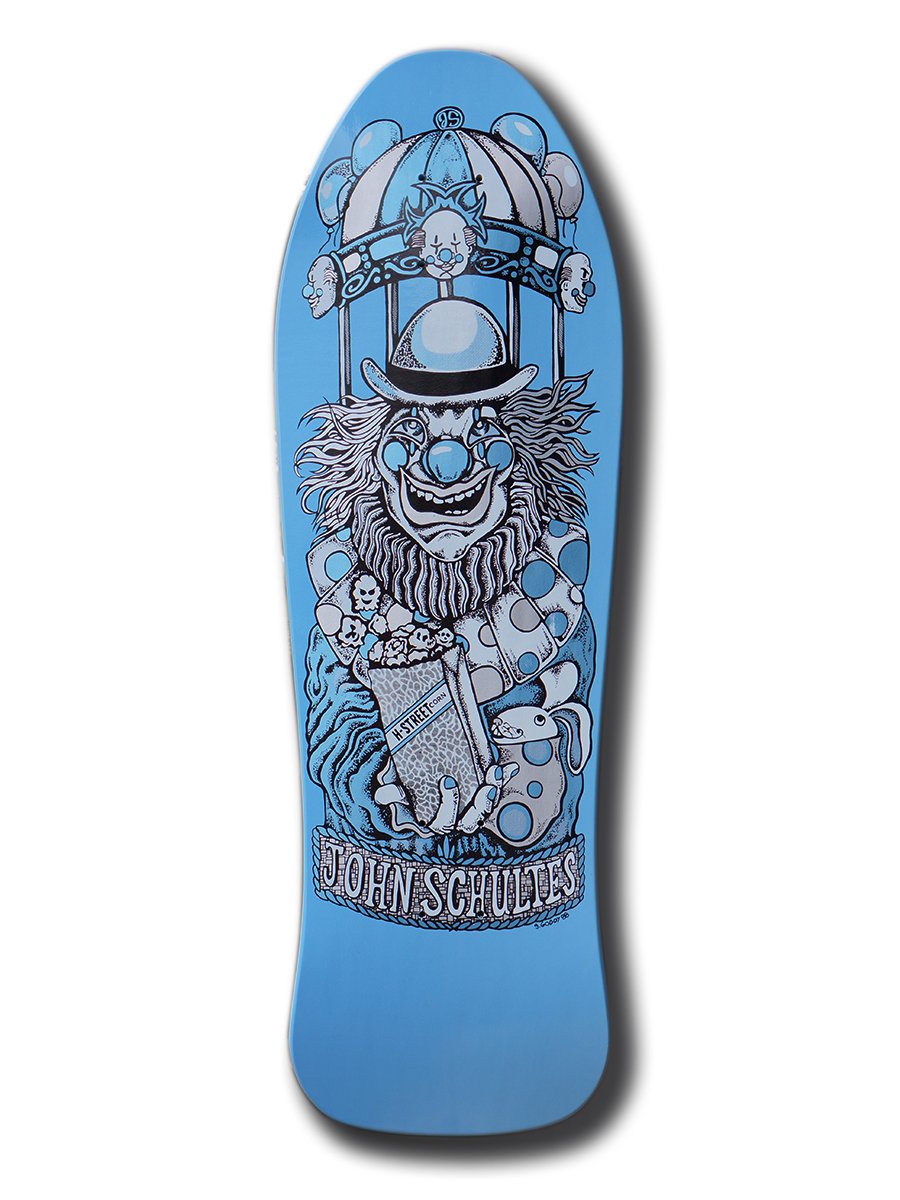 John Schultes was one of the original Del Mar Skate Ranch rats and rode for T-Mags company UWS and Magnusson Designs. The two traveled quite a bit in the early days of 80’s skateboarding, including the very first skate camp in Visalia in Mag’s 1957 Karman Ghia, where they both met Mike Ternasky and the plans to form H-Street began.

It’s probably true that Schultes was the first rider on H-Street, besides T-Mag himself. John stayed with H-Street during the heyday of 80’s skating and was featured in both Shackle Me Not and Hokus Pokus.

John was good friends with the Godoy’s and the Klown graphic was drawn by Steve and many hours went into restoring it to its original glory.

All painted boards (dipped) will ship as shown but all colored stained maple will ship assorted. On the solid, you can request a particular color in the note section of the order and we’ll do our best but no guarantees on that.

FOR A LIMITED TIME, THE FIRST 10 ORDERS WILL RECEIVE FREE WITH PURCHASE, A NUMBERED, HAND SILK SCREENED PRODUCTION ART PRINT OF THE SCHULTES KLOWN. 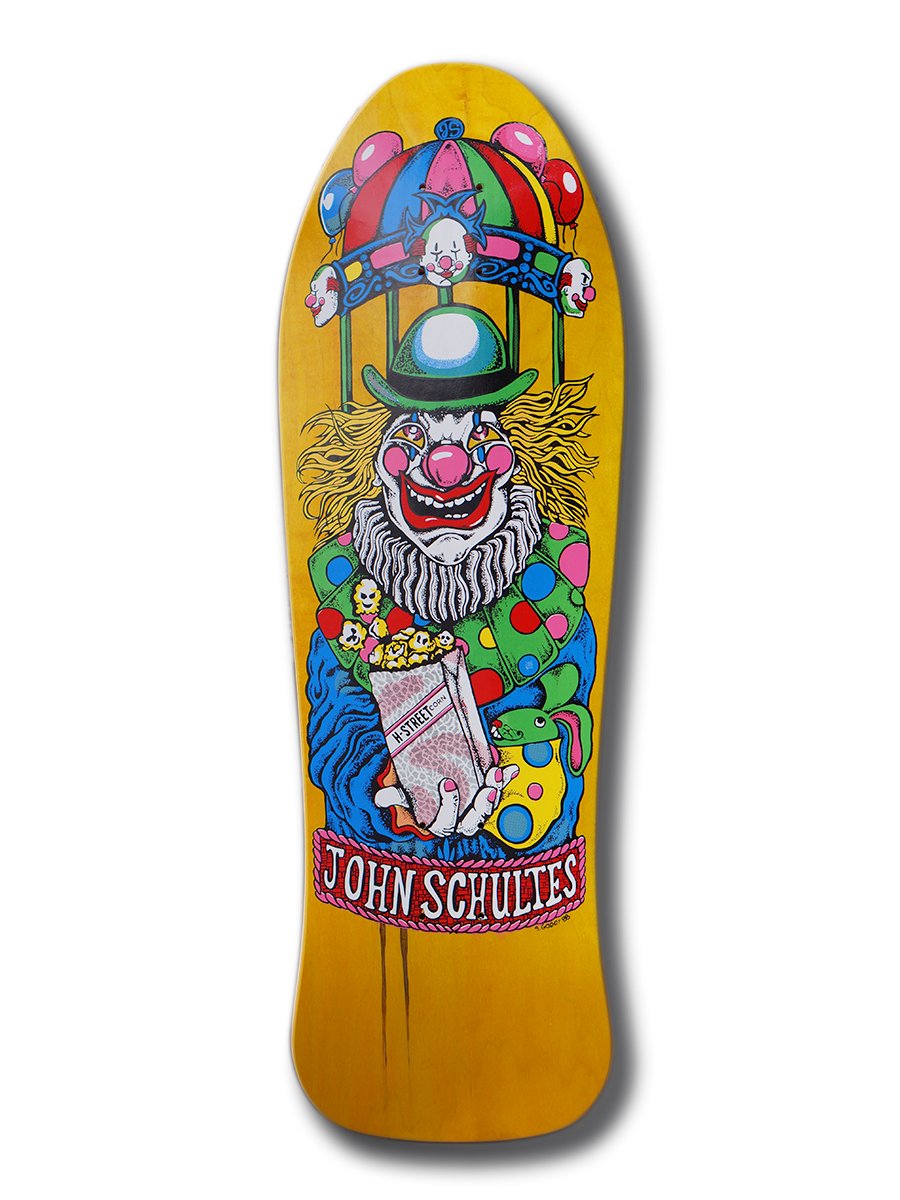 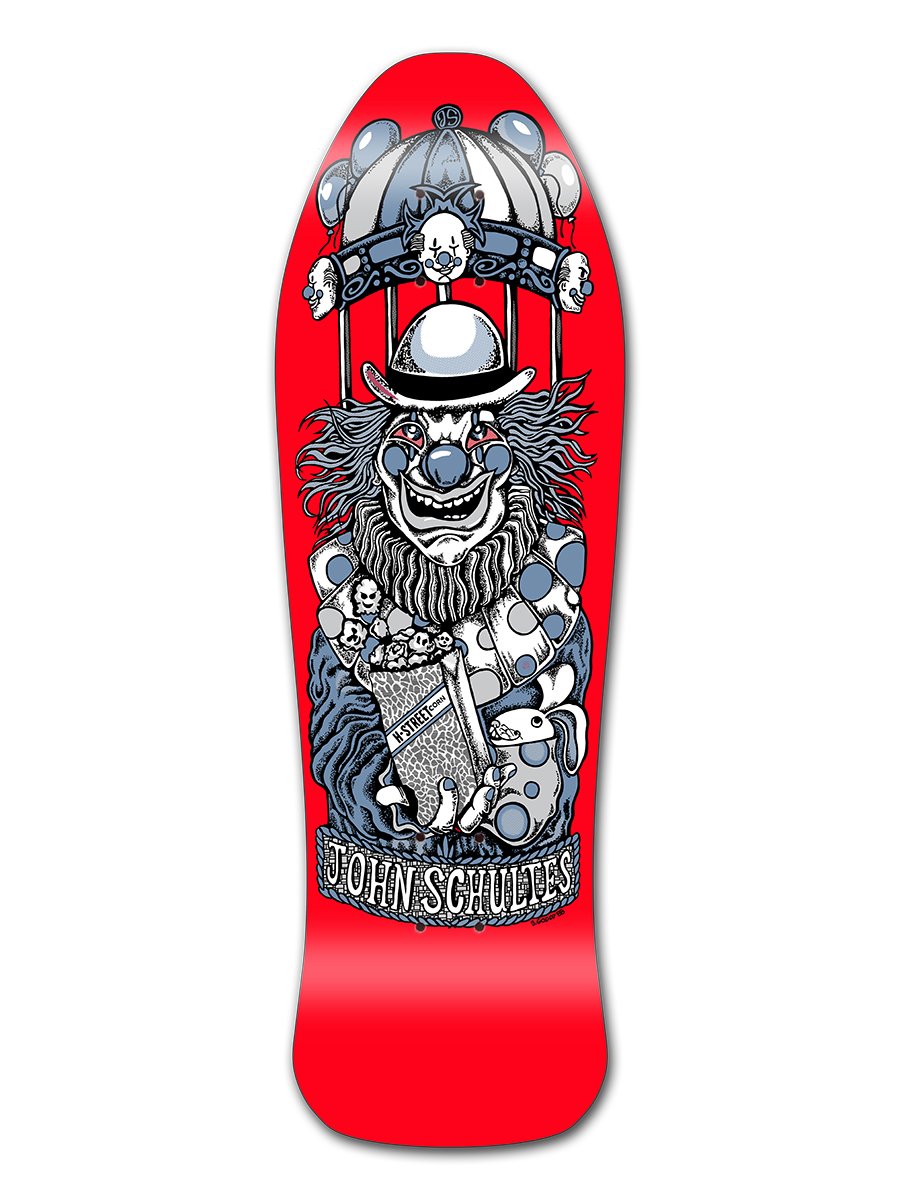 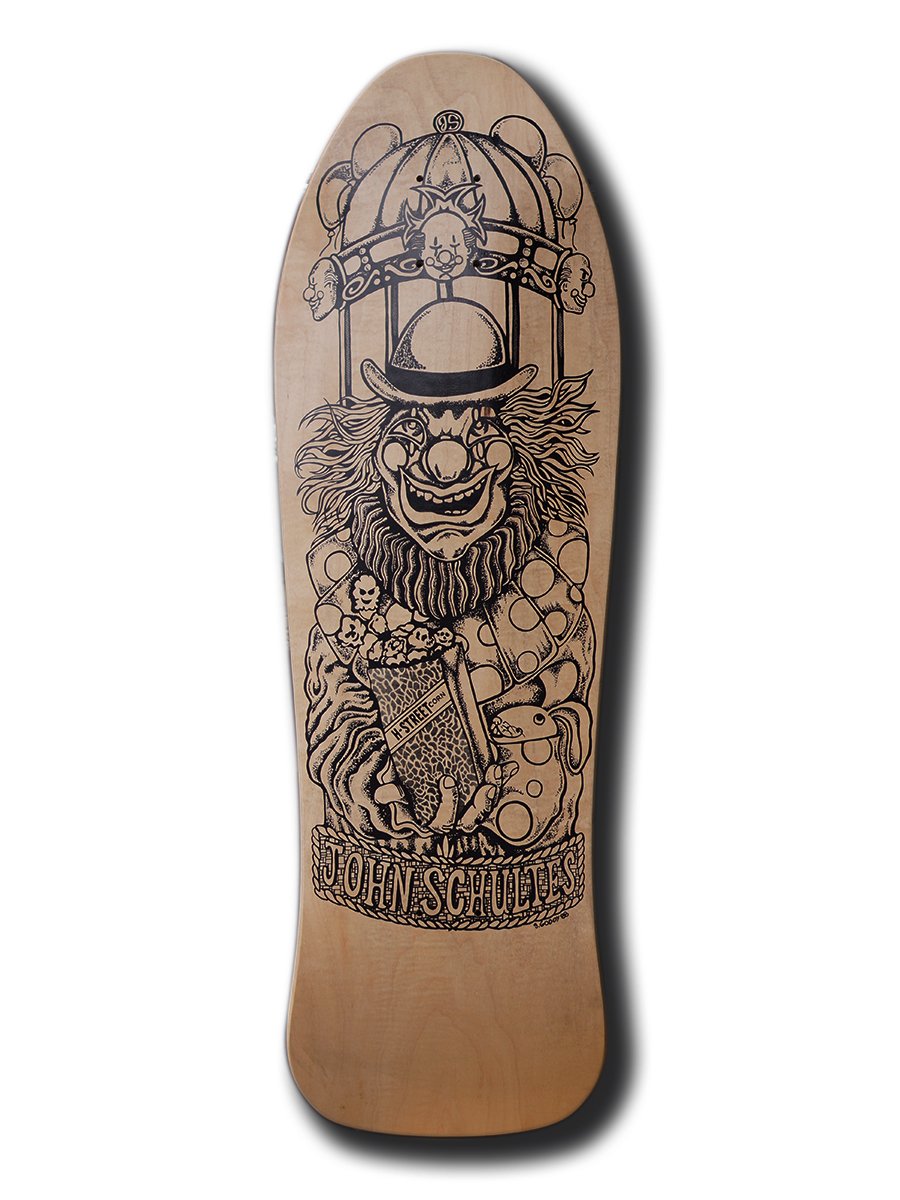 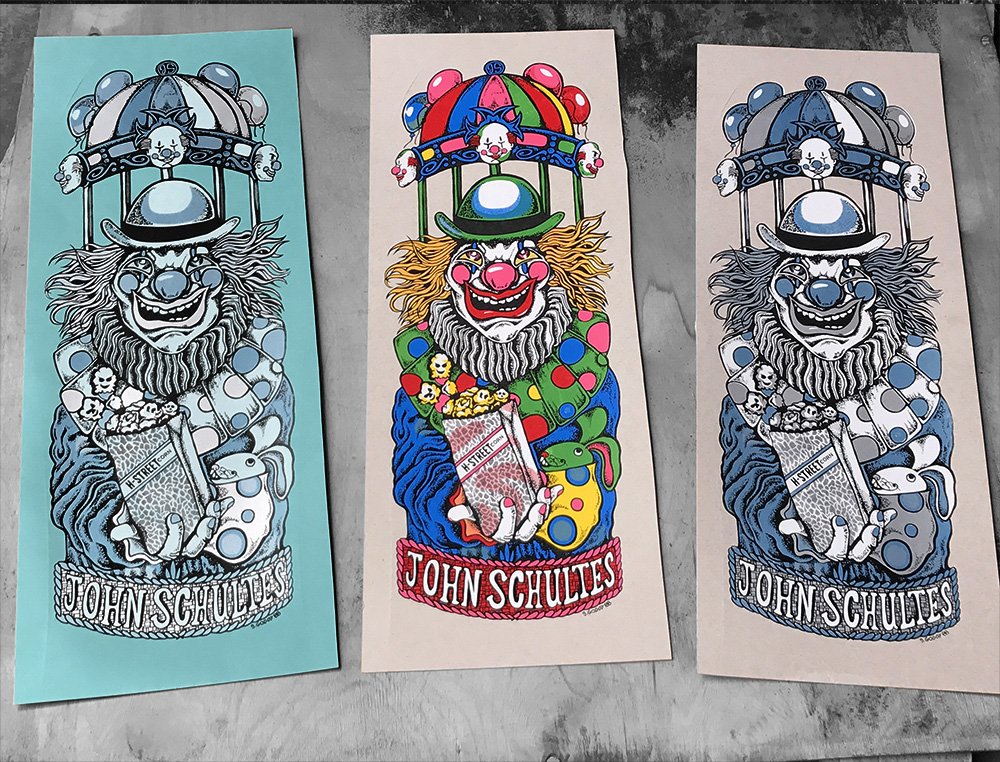