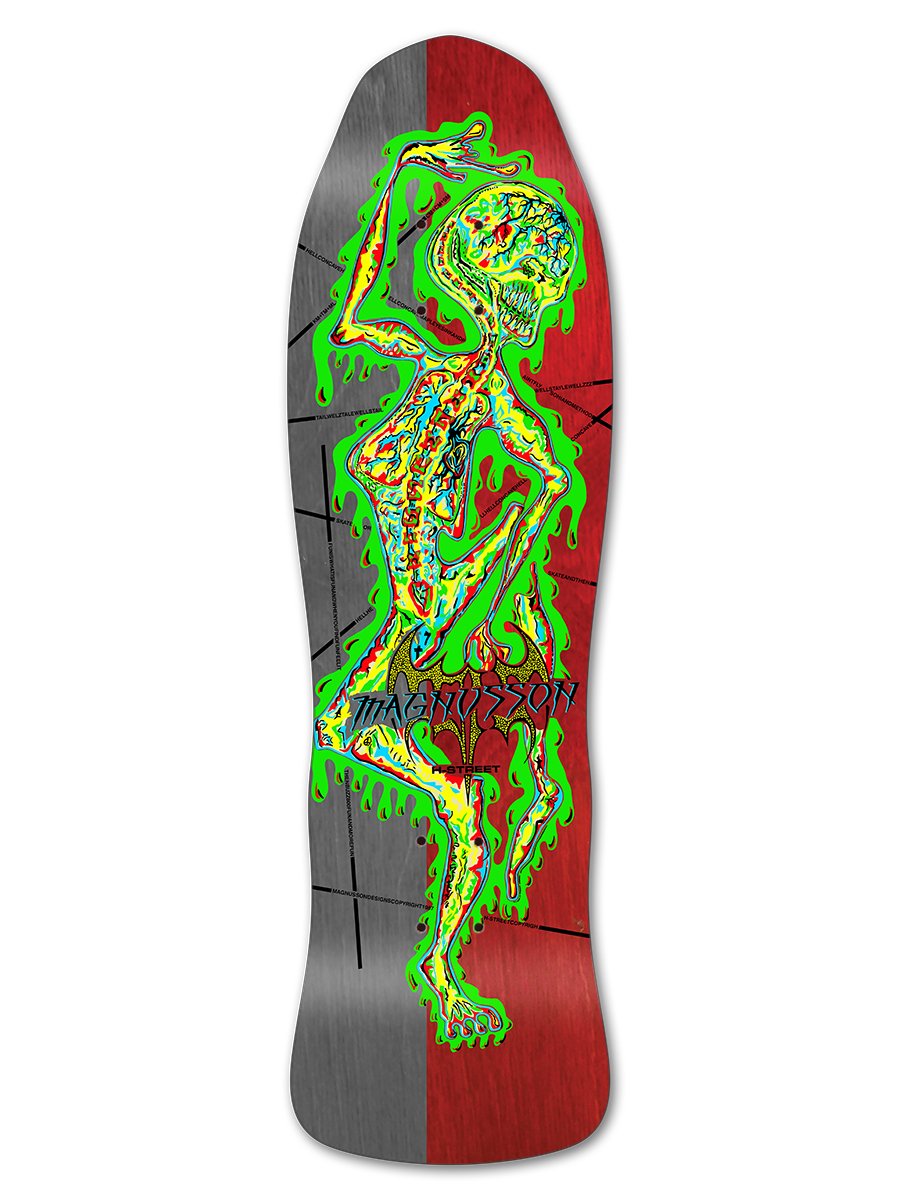 Tony Mag started skateboarding in Stockholm, Sweden when skateboarding swept the country in 1976. After spending a few years at the top of the Swedish skateboard scene, T-Mag won the National Championship and toured the nation. The young T-Mag decided to pursue his life dream of becoming the best skateboarder in the world and jumped on a plane to California at age 16 in 1980.

T-Mag became a “park local” skateboarder at the legendary Del Mar Skate Ranch and decided to learn how to make skateboards and immersed himself in the business of designing, manufacturing, marketing and selling them.

While the beginning was humble, over a 20 year time span, T-Mag traveled world as a professional skateboarder, started several companies, including H-Street Skateboards and Osiris Shoes.

T-Mag still skates actively and has won numerous world championship titles, both as Pro skater in the 80’s and as a legendary skater in recent years. Yes, this board came with T-Mag’s exclusive “Tail Wells”, for locking in your back foot on smith grinds, feeble’s, smith vert’s and other radical tricks.

All painted boards (dipped) will ship as shown but all colored stained maple and the split stained maple will ship assorted. On the solid, you can request a particular color in the note section of the order and we’ll do our best but no guarantees on that. The split veneers are too random to even make the request. Most boards are printed with a Glow-in-the-dark print.

Also, when we make boards at Watson, it’s part science and part art. We ended up with 40 of the Alien with a natural bottom and colored top that wasn’t ordered and didn’t have a color way designed for it. So T-Mag asked Damon to screen 20 of them like the split wood and then do whatever the heck he feels like on the others. We think the print instructions went something along the lines of “knock yourself out” and “have fun”.

We ended up with ten of the Damon Special Makeup with a reddish and bluish metallic flood coat in the background, with some other metallic ink bleeds and fades and 10 blue metallic ink flood coats with different purple and blueish metallic inks, pretty unique boards that might not ever get made this way again. They are listed as DSMU-Red and DMSU-Blue. 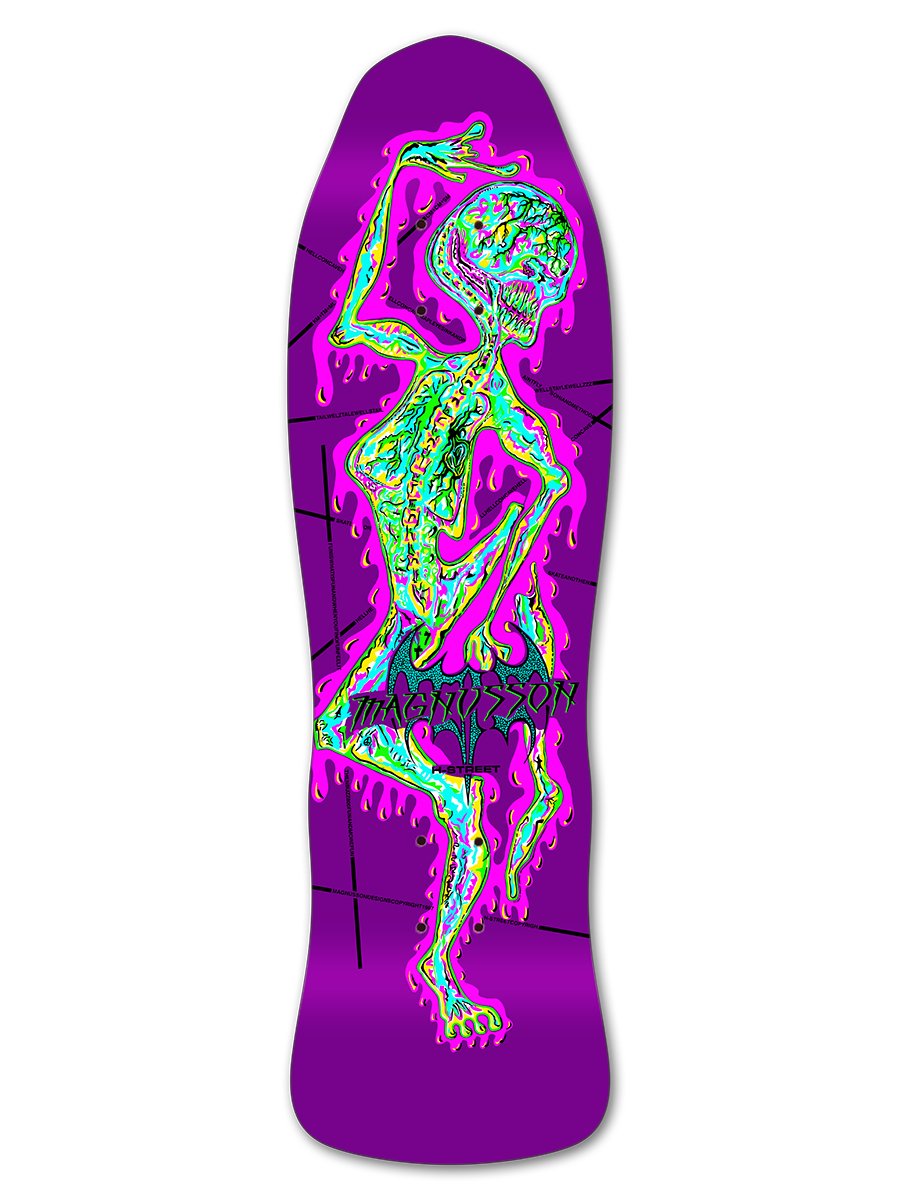 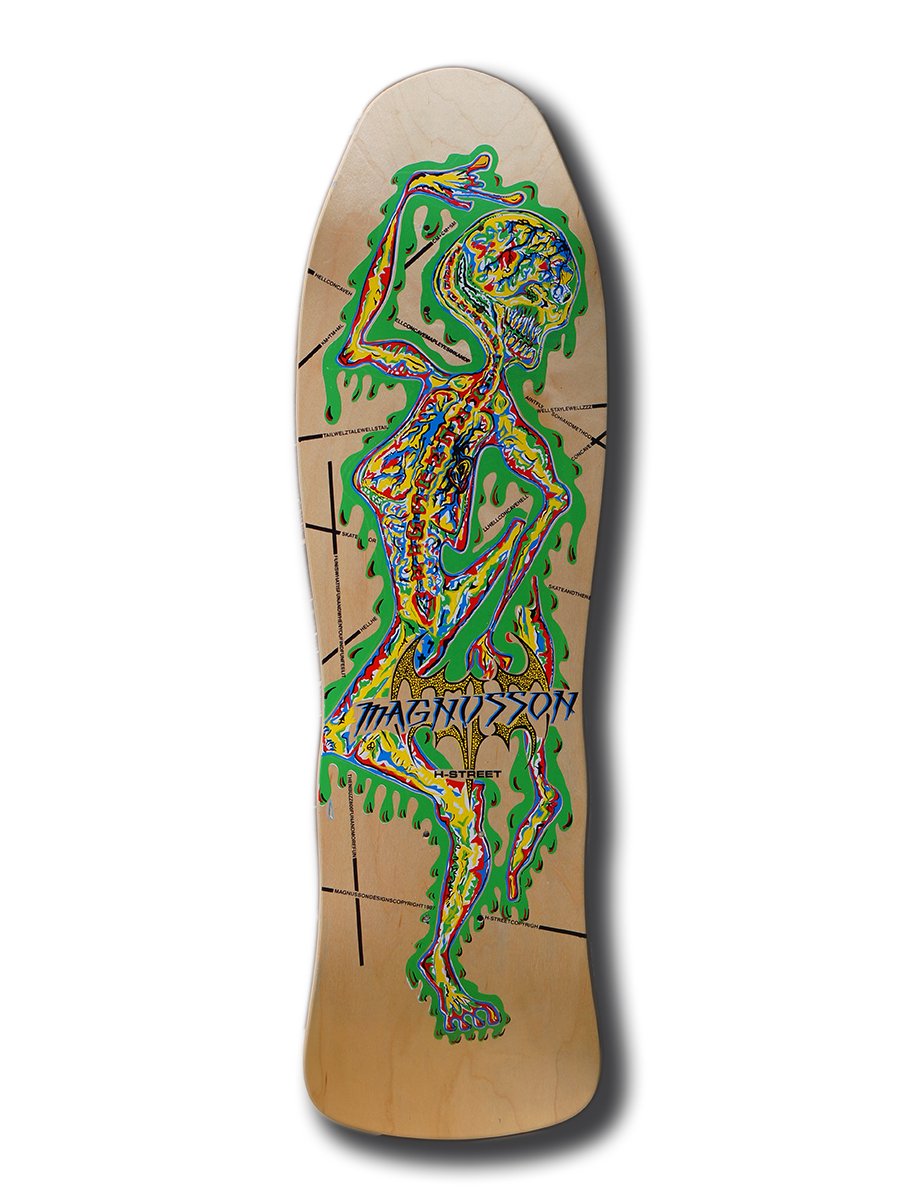 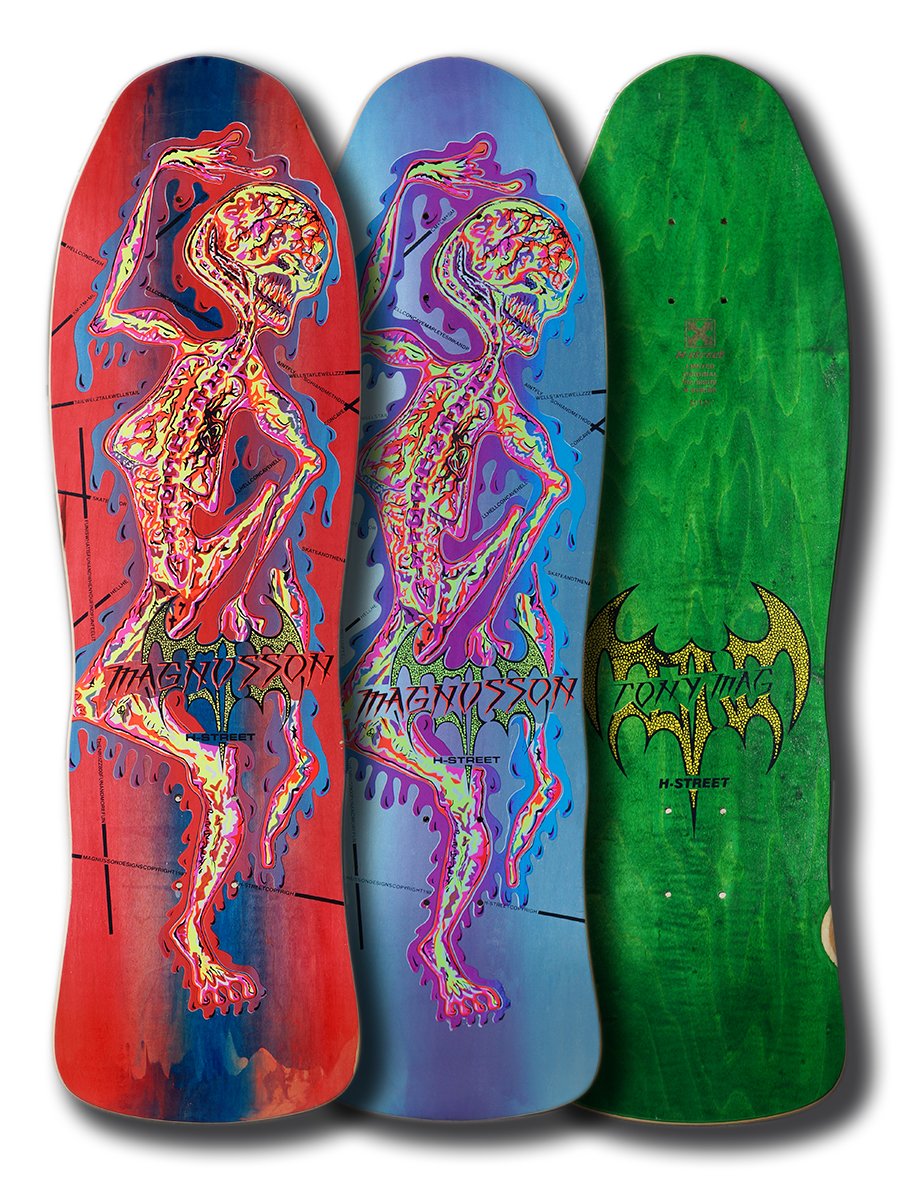 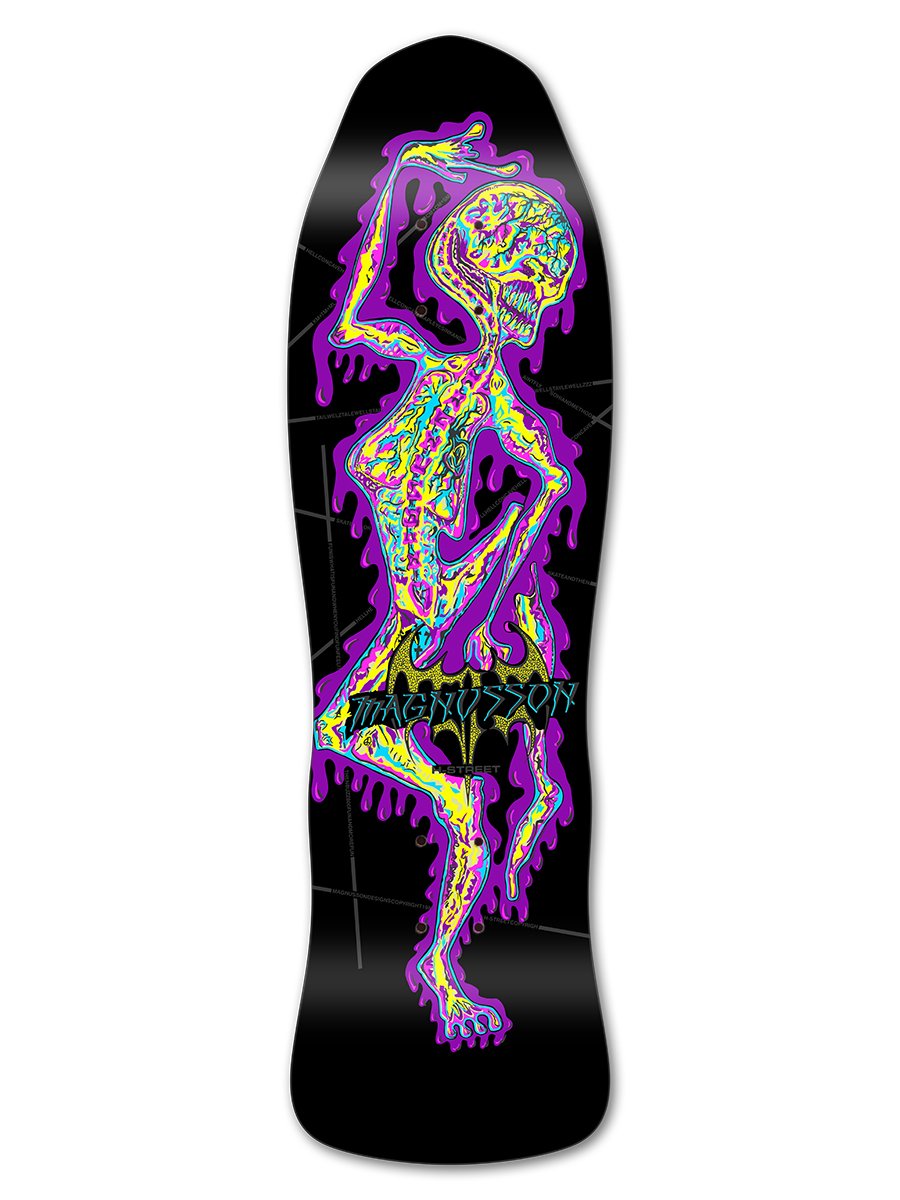