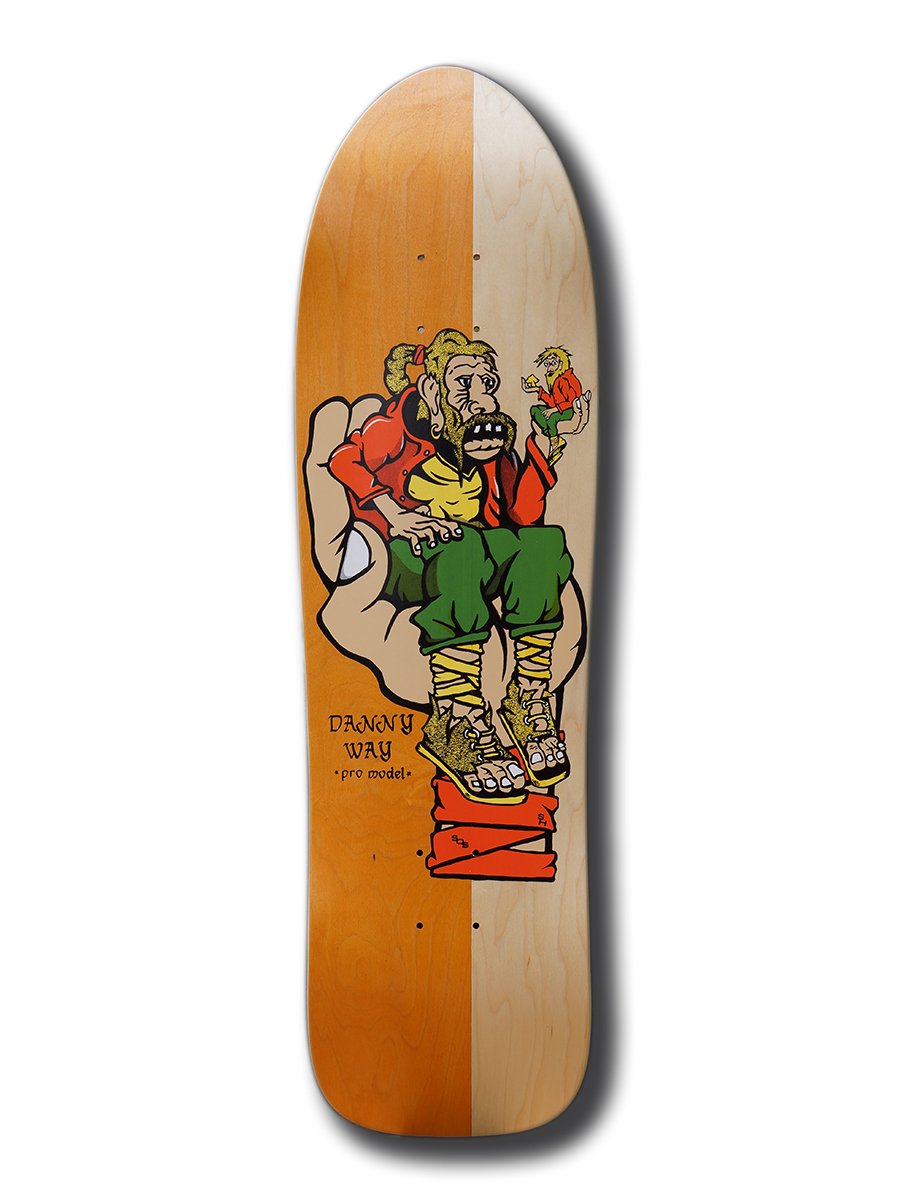 Danny Way’s Giant graphic is often thought of as his first Pro Model but it’s actually his second, after the Rabbit in the Hat. It was originally released on the Hell Concave in the same shape as the rabbit.

We had also thought that Scott Obradovich, the H-Street artist was the original creator of the artwork but Danny reminded us that his buddy Steve Hansen had done the original art and Scott had gotten it ready for print. We added Steve’s initials to the design to correct that record.

Tony Mag re-created the artwork from a really well preserved original board from Danny’s collection.

Each edition comes in a limited run with several colors ways and finishes. 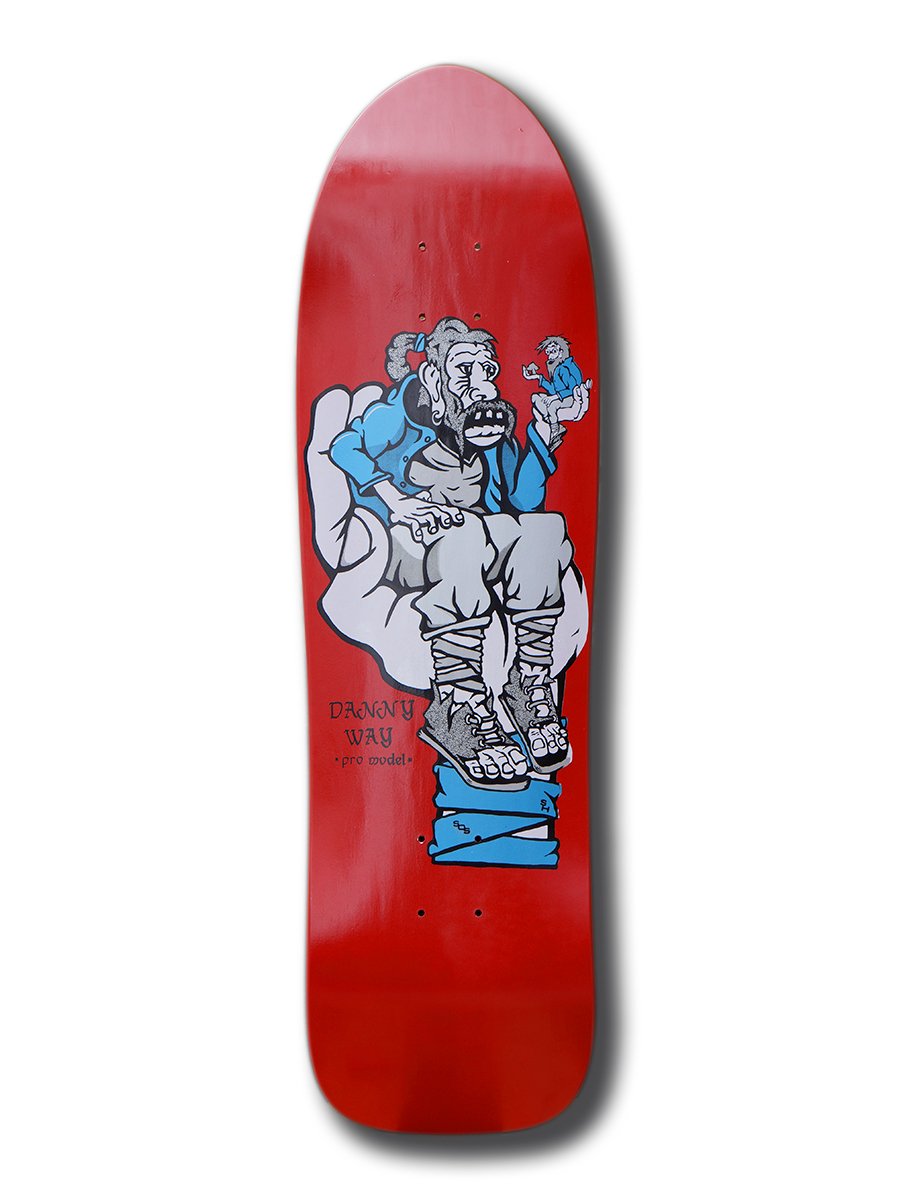 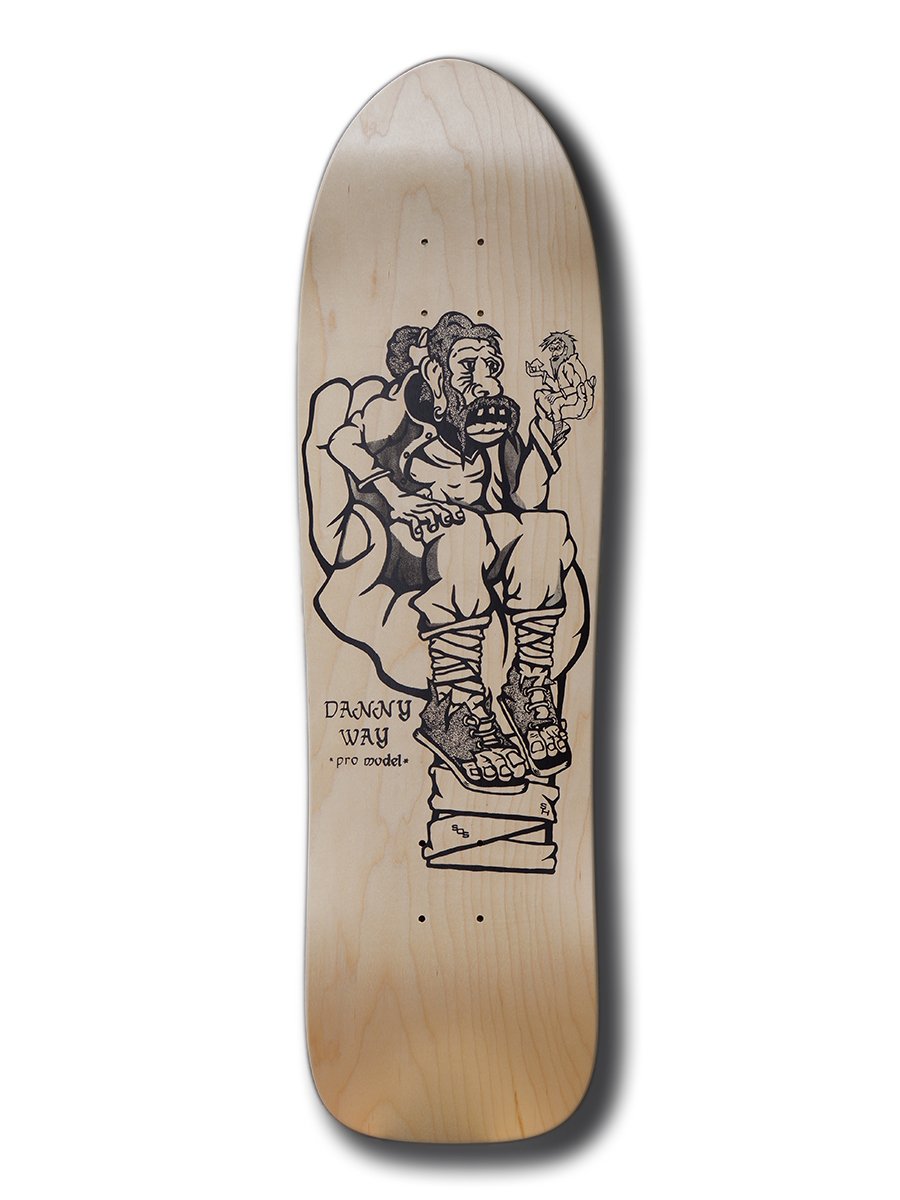 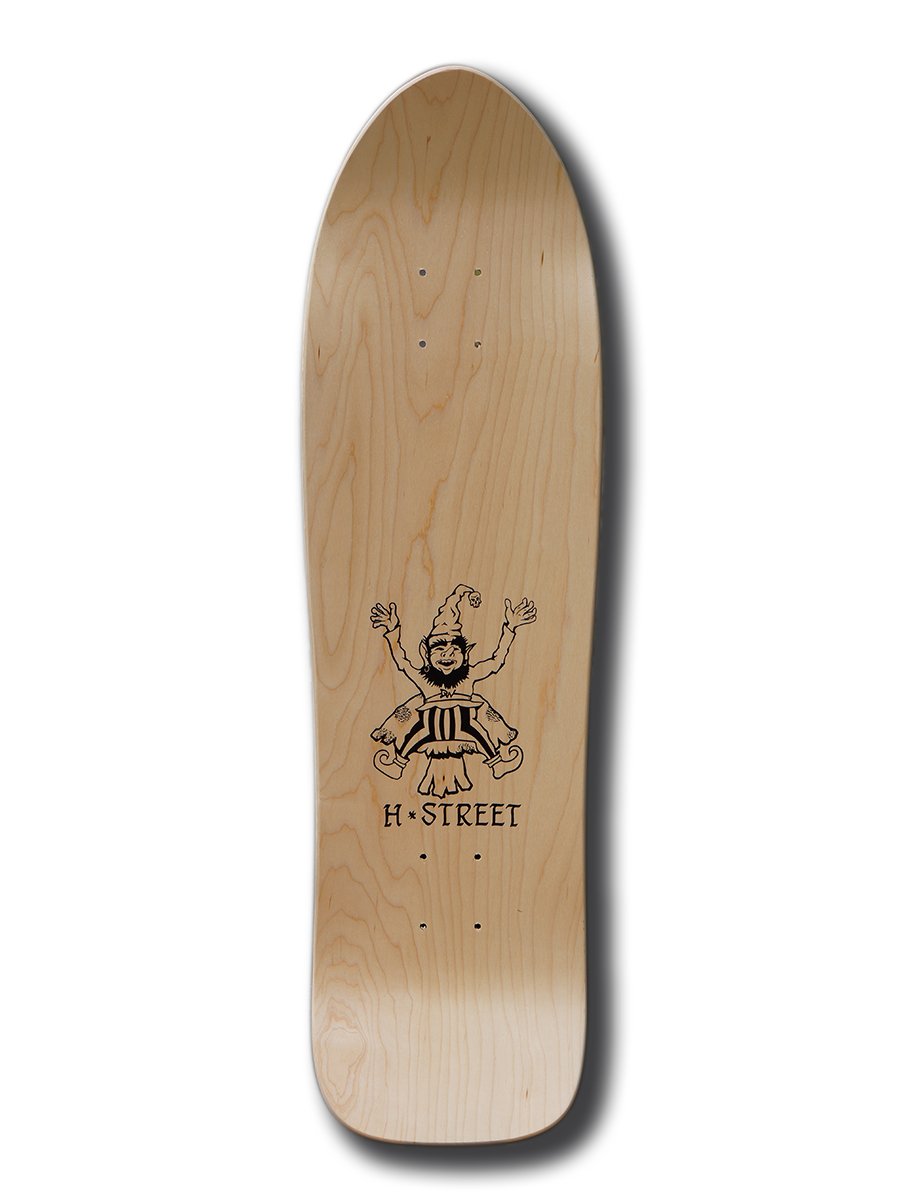 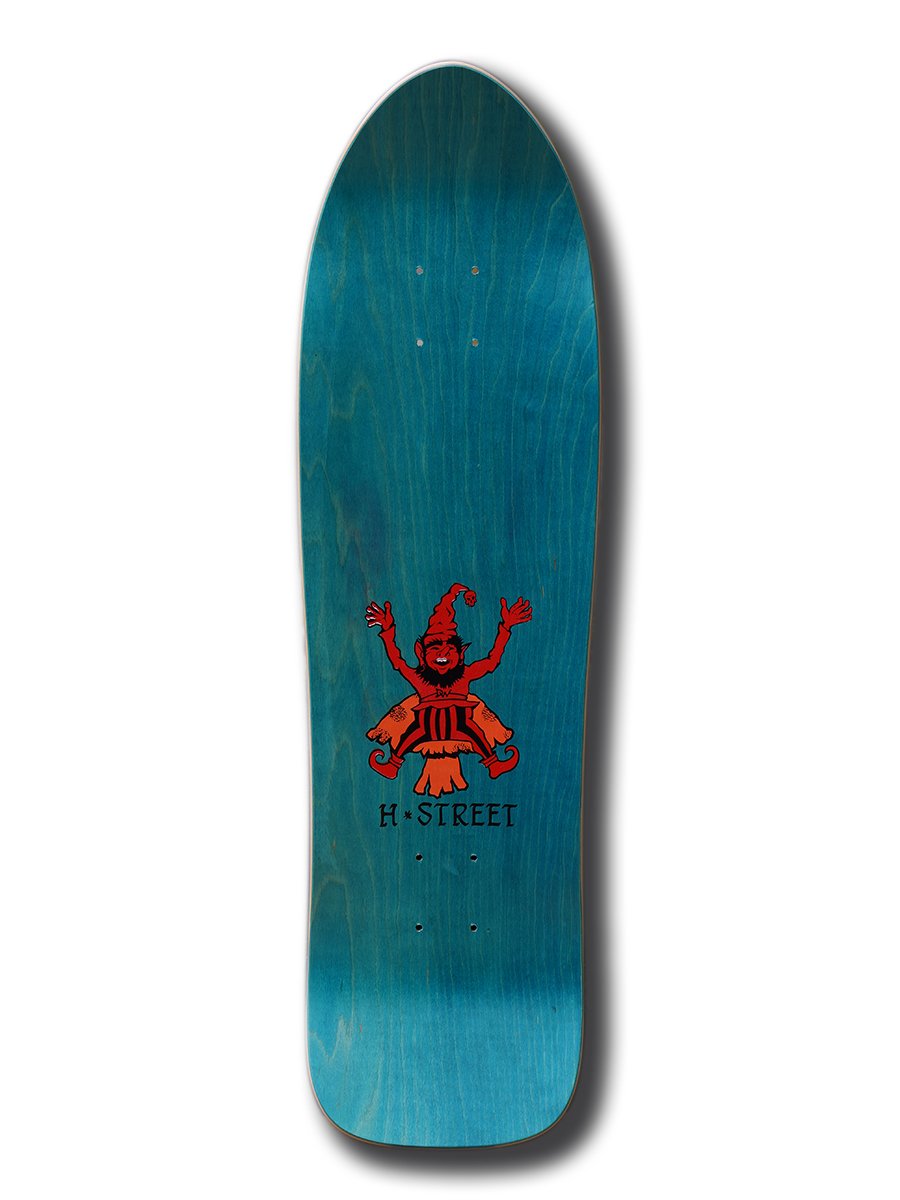