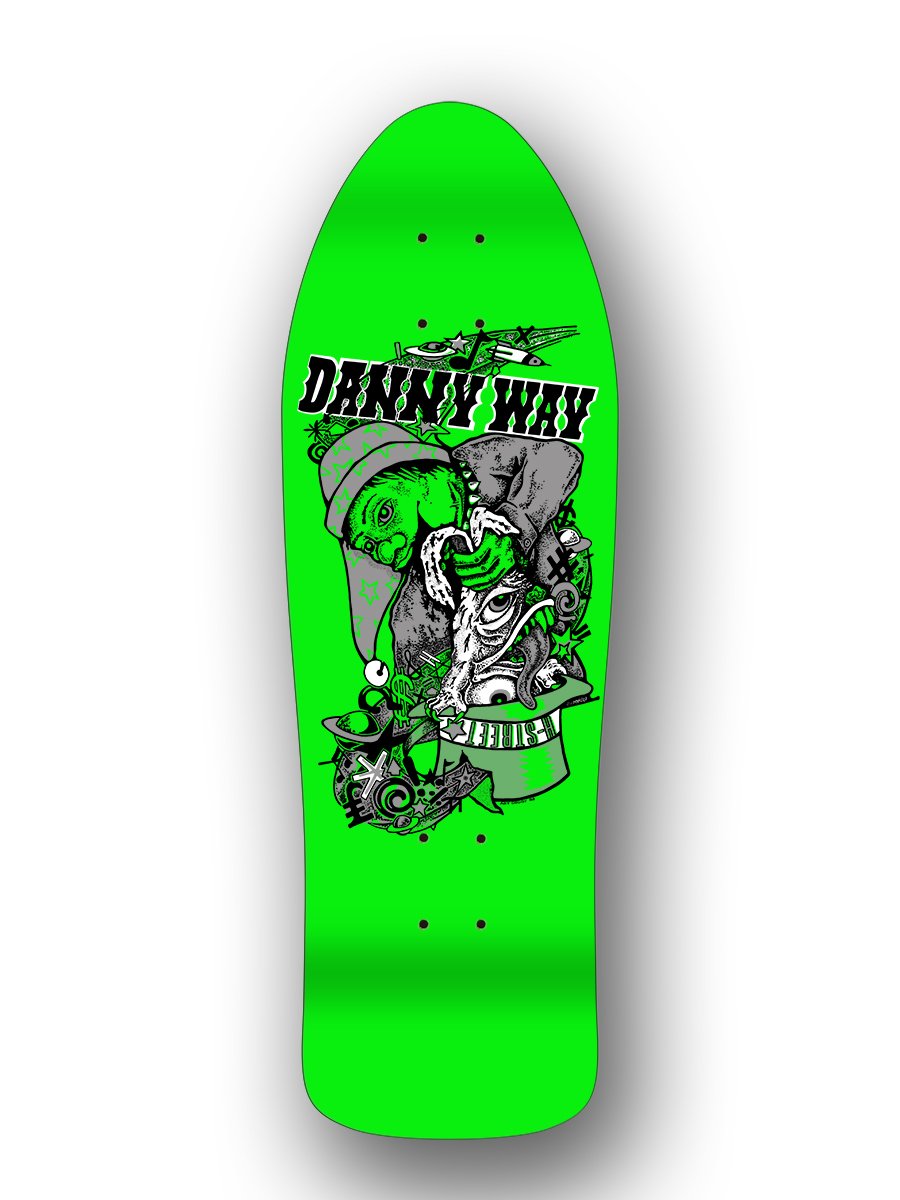 DANNY WAY RABBIT IN THE HAT TM7 B SERIES

Unlike popular belief, the Giant was not Danny’s first Pro Model on H-Street, this master piece drawn by the Godoy’s came out before the Giant. For reasons neither T-Mag or Danny remember, only one run was made and we know of only two mint condition original boards. Danny had asked Art Godoy at the Del Mar Skate Ranch if he would design this board and told him some ideas and the Godoy’s went to town on one of the best graphics of their career.

Since H-Street, Danny went on to become the best skateboarder in the world, set untold records, invented a new form of skateboarding with the Mega Ramp and founded several companies, including DC Shoes, XYZ Clothing and Plan B Skateboards. 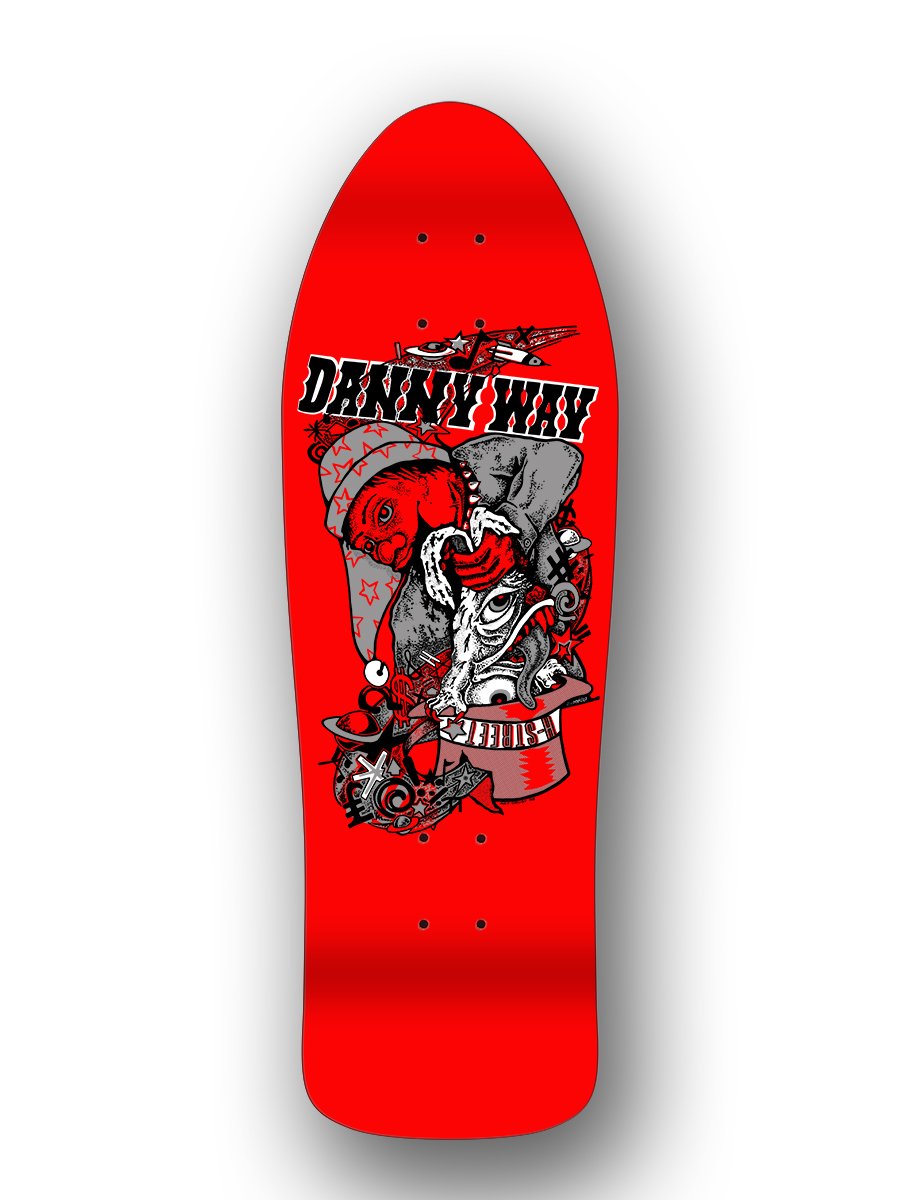 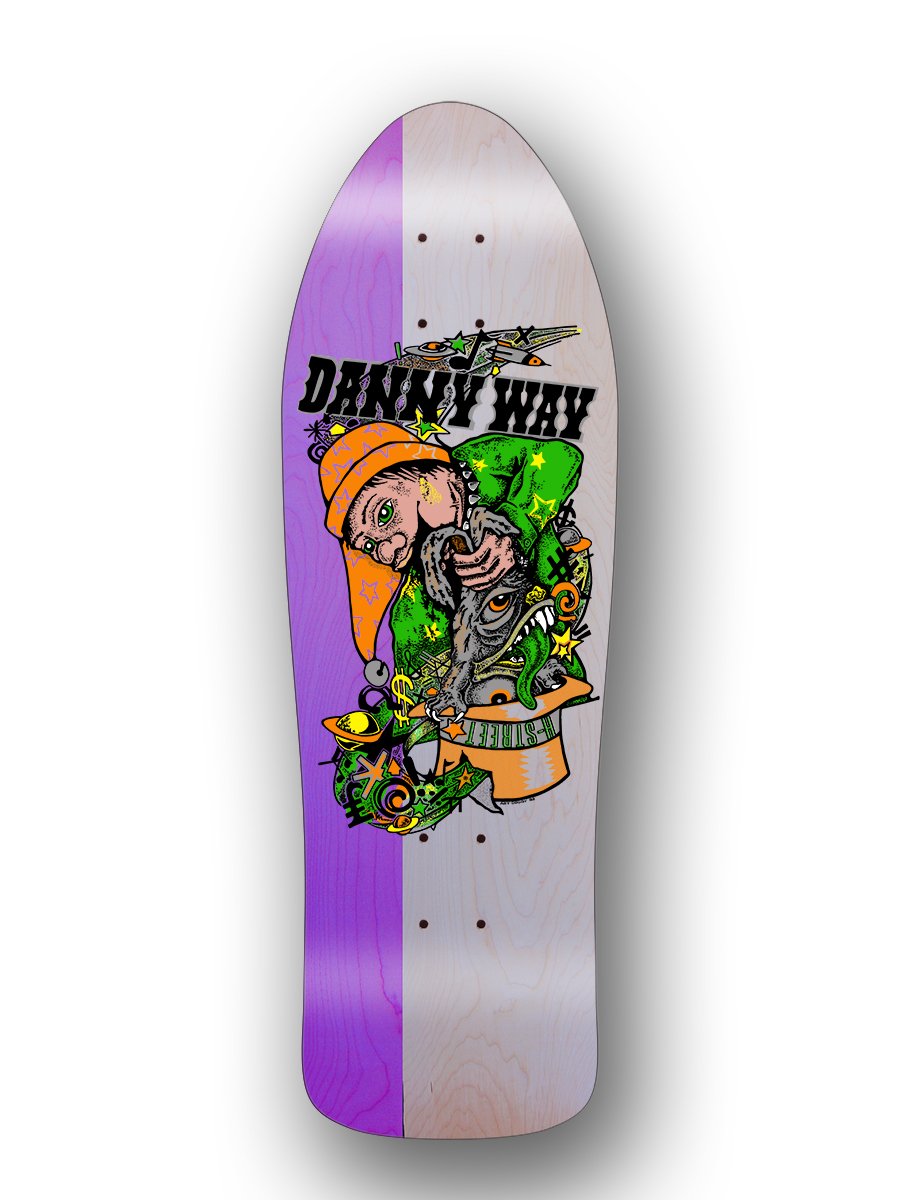 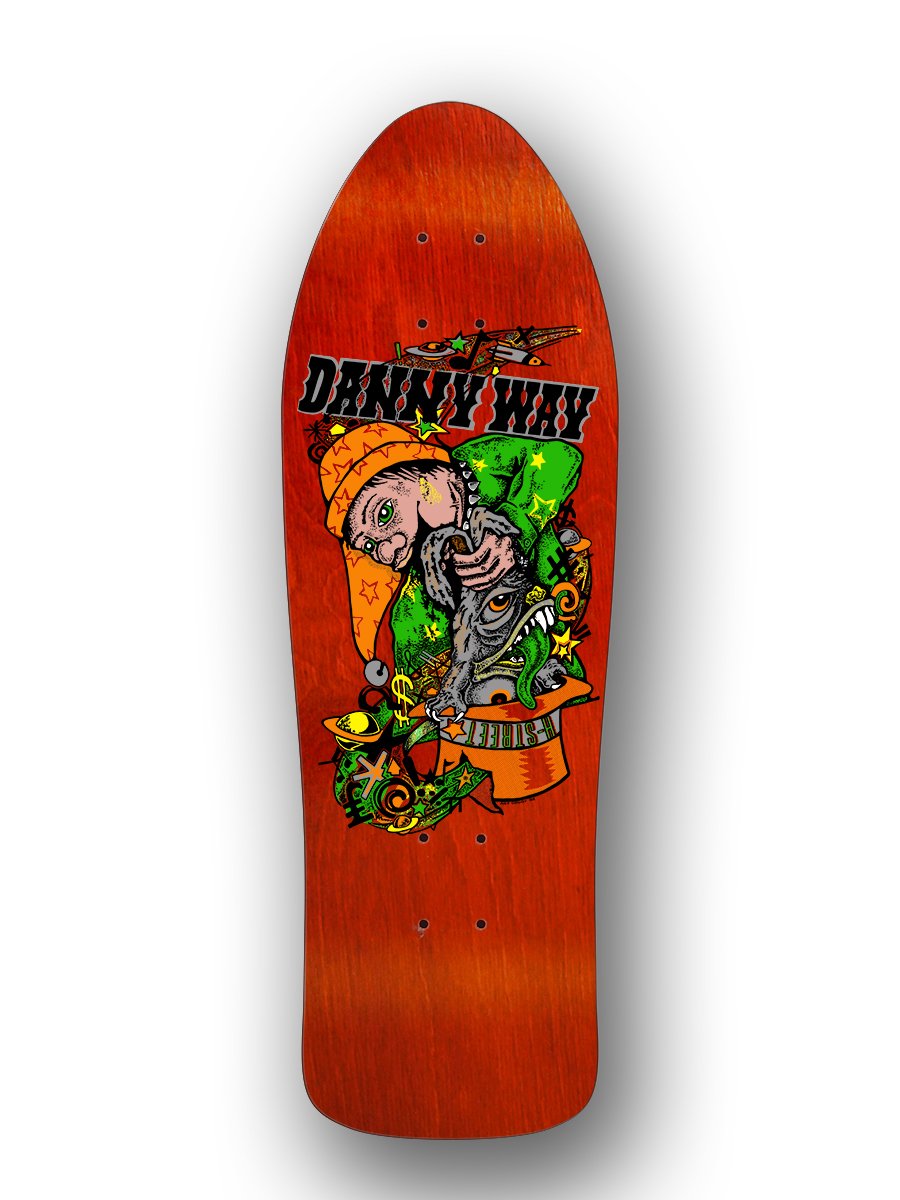