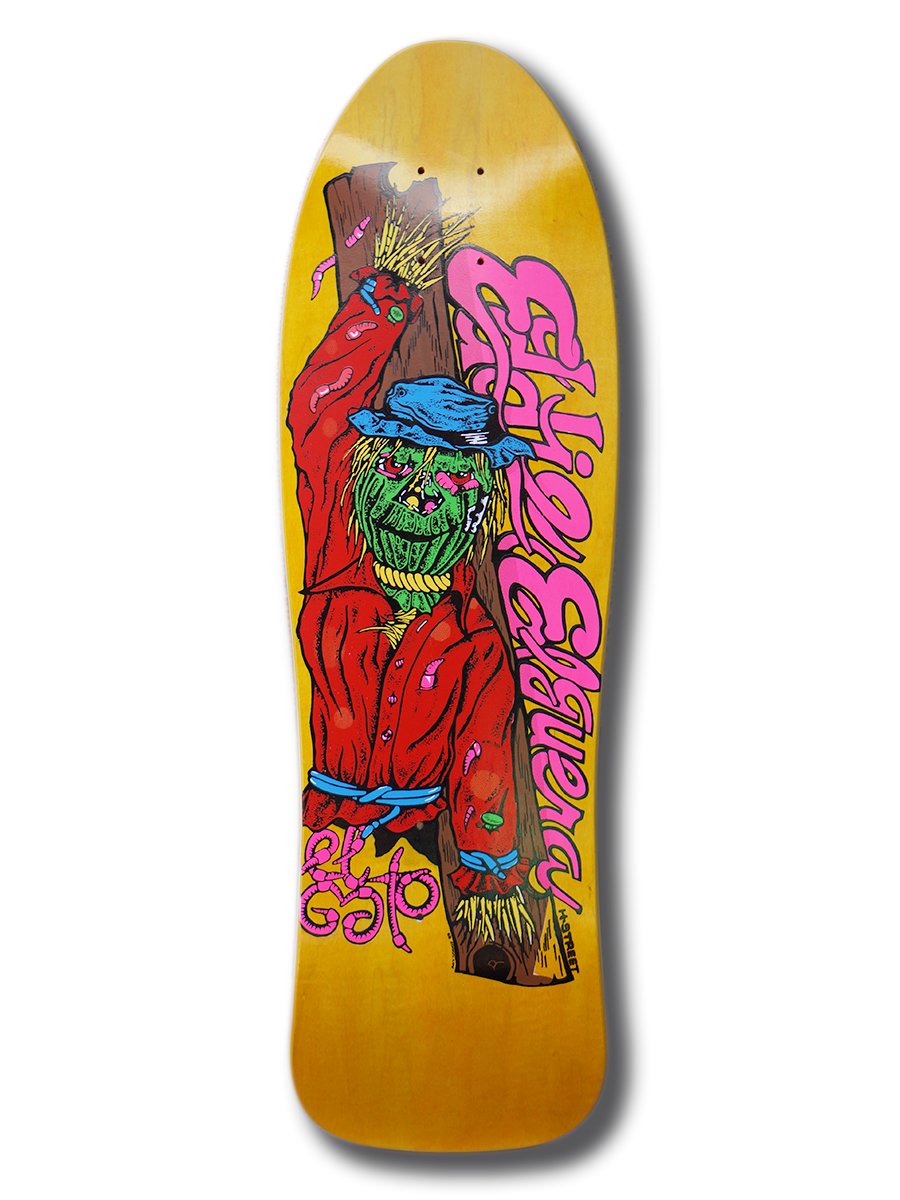 Eddie “El Gato” Elguera pretty much single handedly took skateboarding from a surfer style Dogtown lifestyle to a technical and more physically demanding art form in the late 70’s into the early 80’s. Hailing from the mountain resort area of Lake Arrowhead CA, Eddie was a local at the infamous Colton skate park that was run by the Losi’s who also had Variflex, Eddie’s probably most famous sponsor, besides H-Street.

Eddie had several really great boards with H-Street and was lucky enough to have had both Francesco and the Godoy’s draw graphics for him, with this one being drawn by Art Godoy and has never been re-issued in the past. 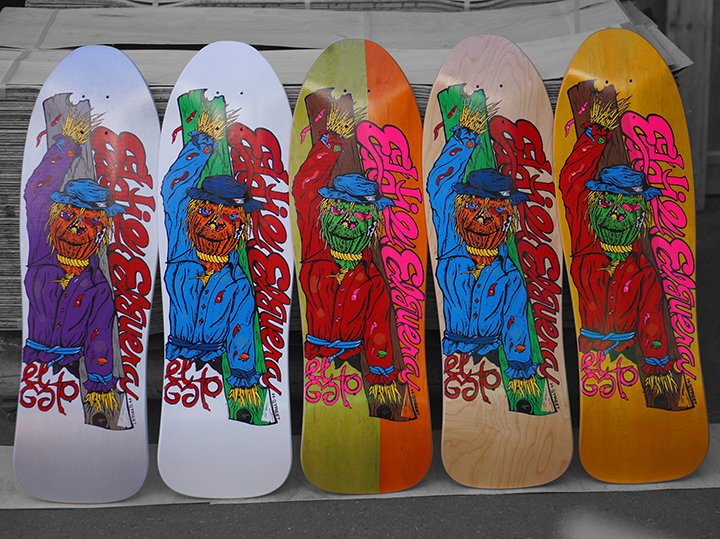 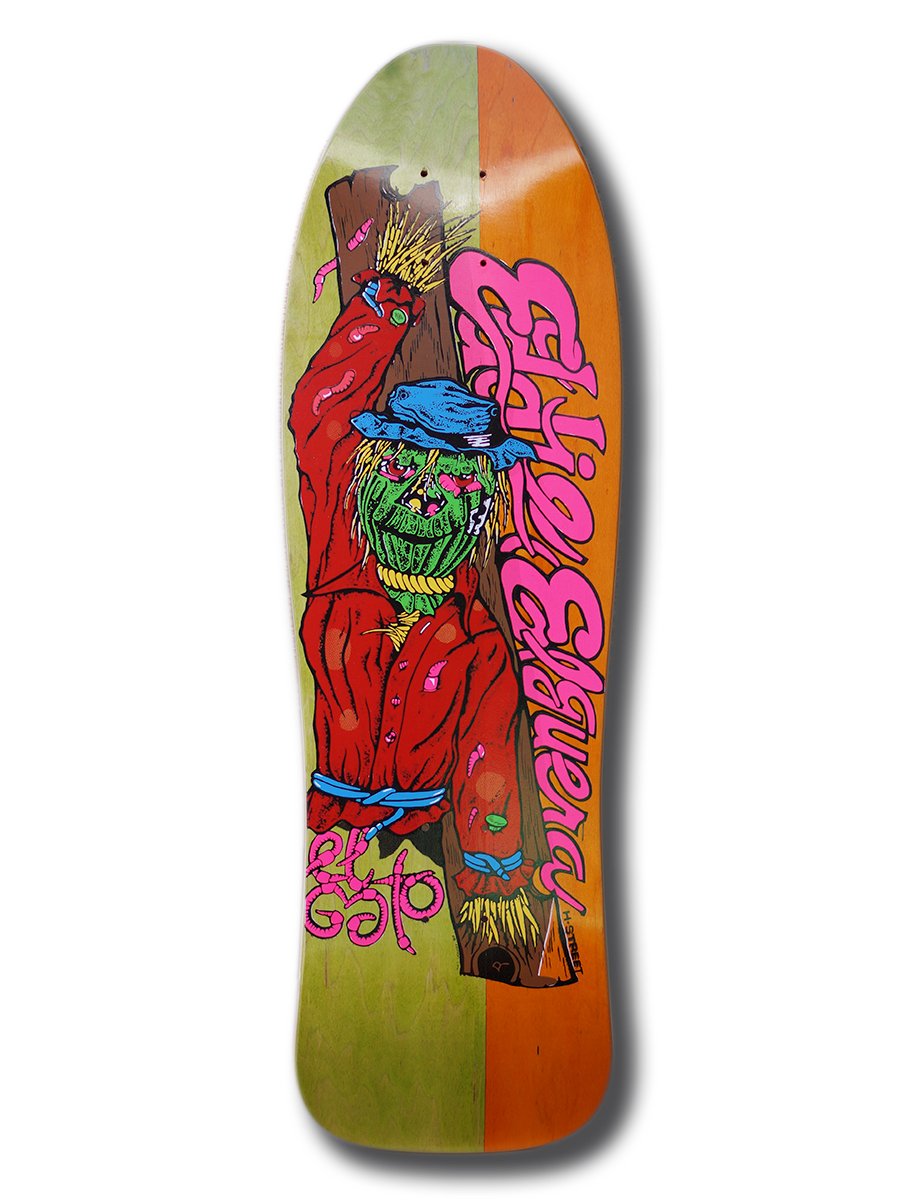 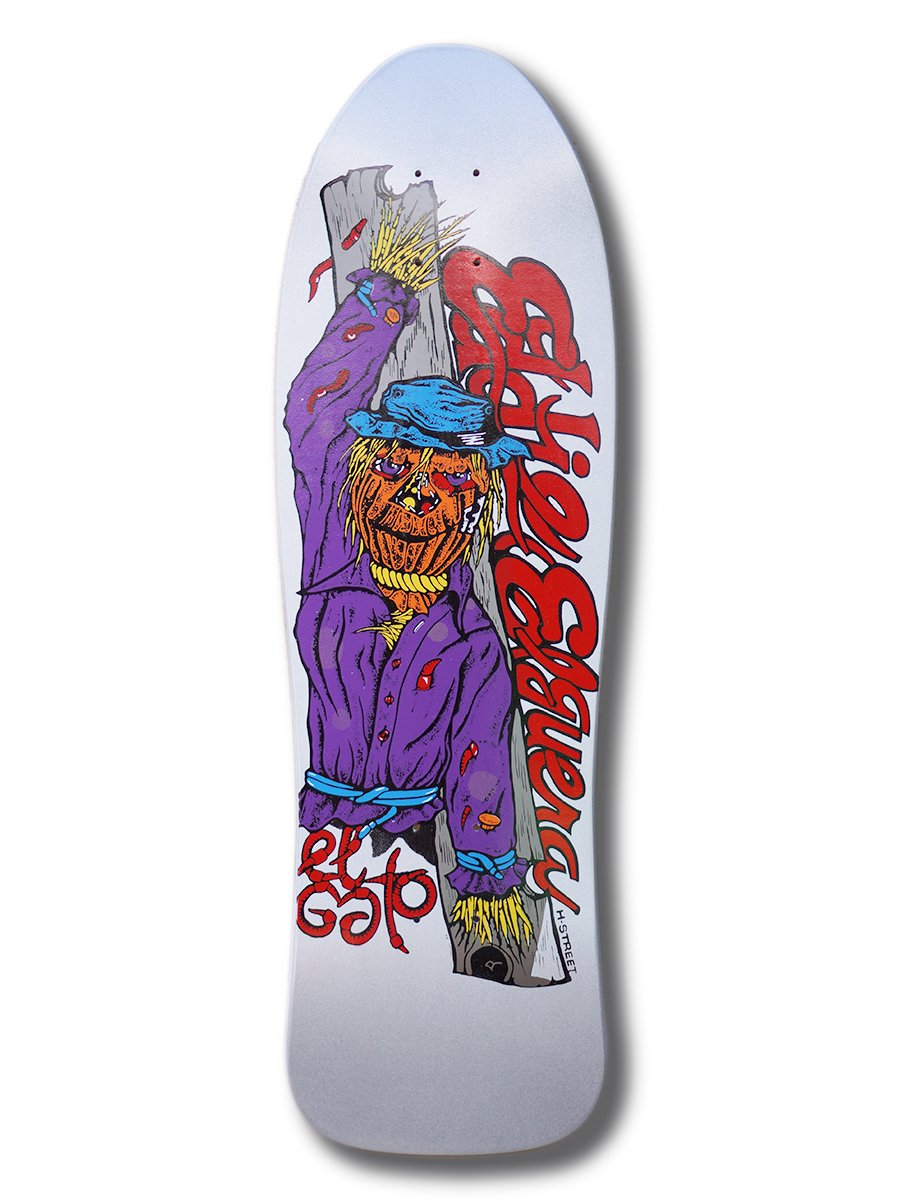 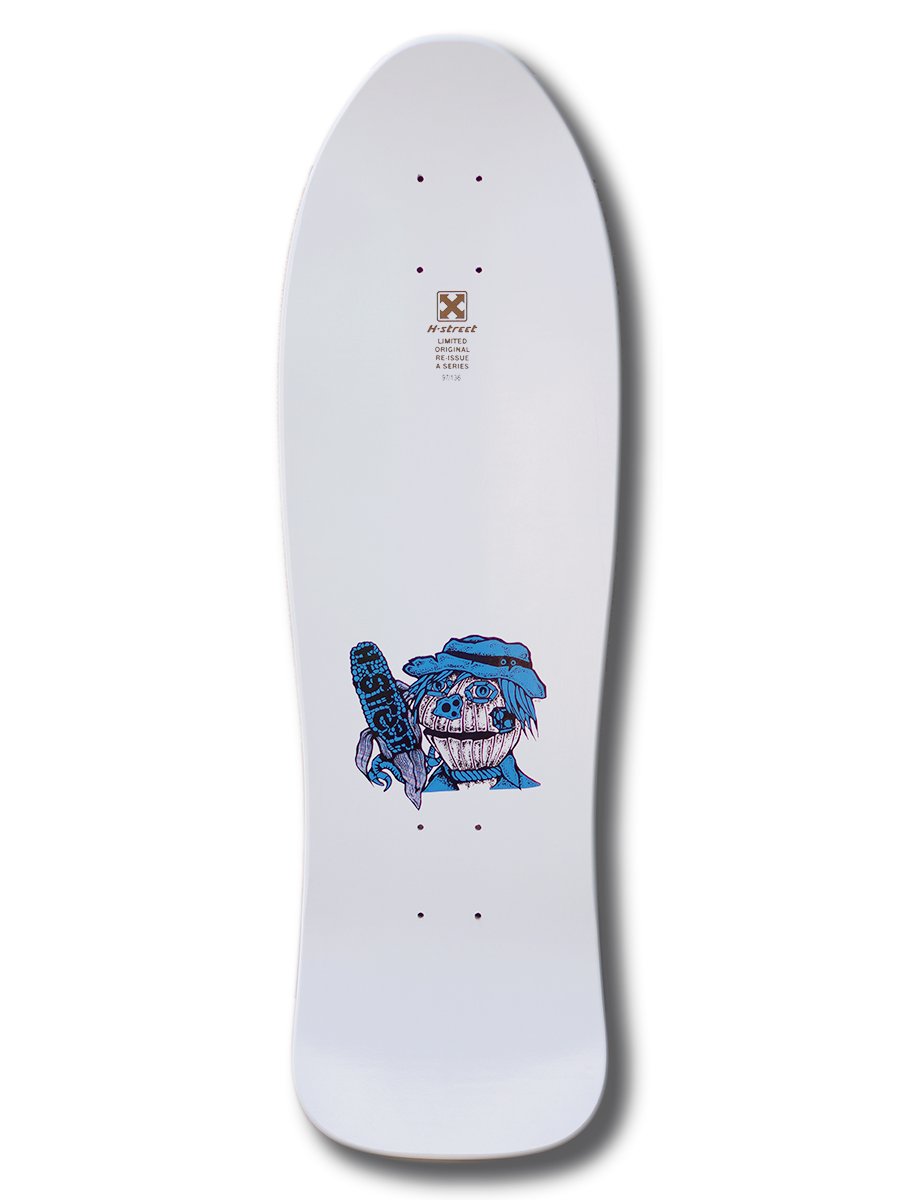