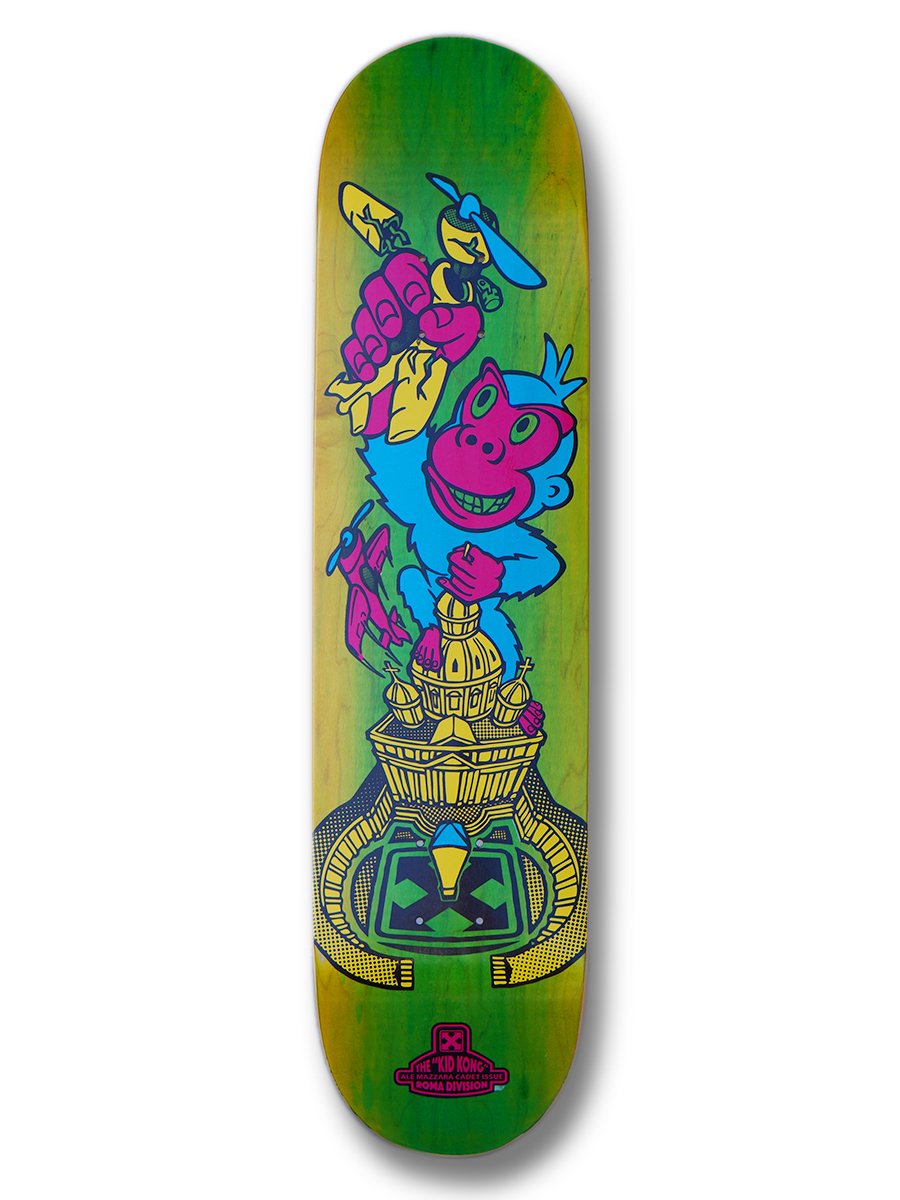 Ale Mazzara is a young cadet from Rome, Italy, that grew up skating with Francesco “Jekill” Albertini, the original H-Street artist, who’s been involved in the Italian skate scene ever since the beginning of H-Street in the 80’s.

Ale and Francesco came to California in 2014 and T-Mag was so impressed by Ale’s skating and fun positive attitude about skateboarding that he was added to the team as the first and only Cadet on H-Street.

Shortly thereafter, Francesco suggested that H-Street make a special board for Ale and other kids that need a real high performance deck. “Jekill” drew some graphics that are much in the original spirit of the 80’s H-Street graphics. 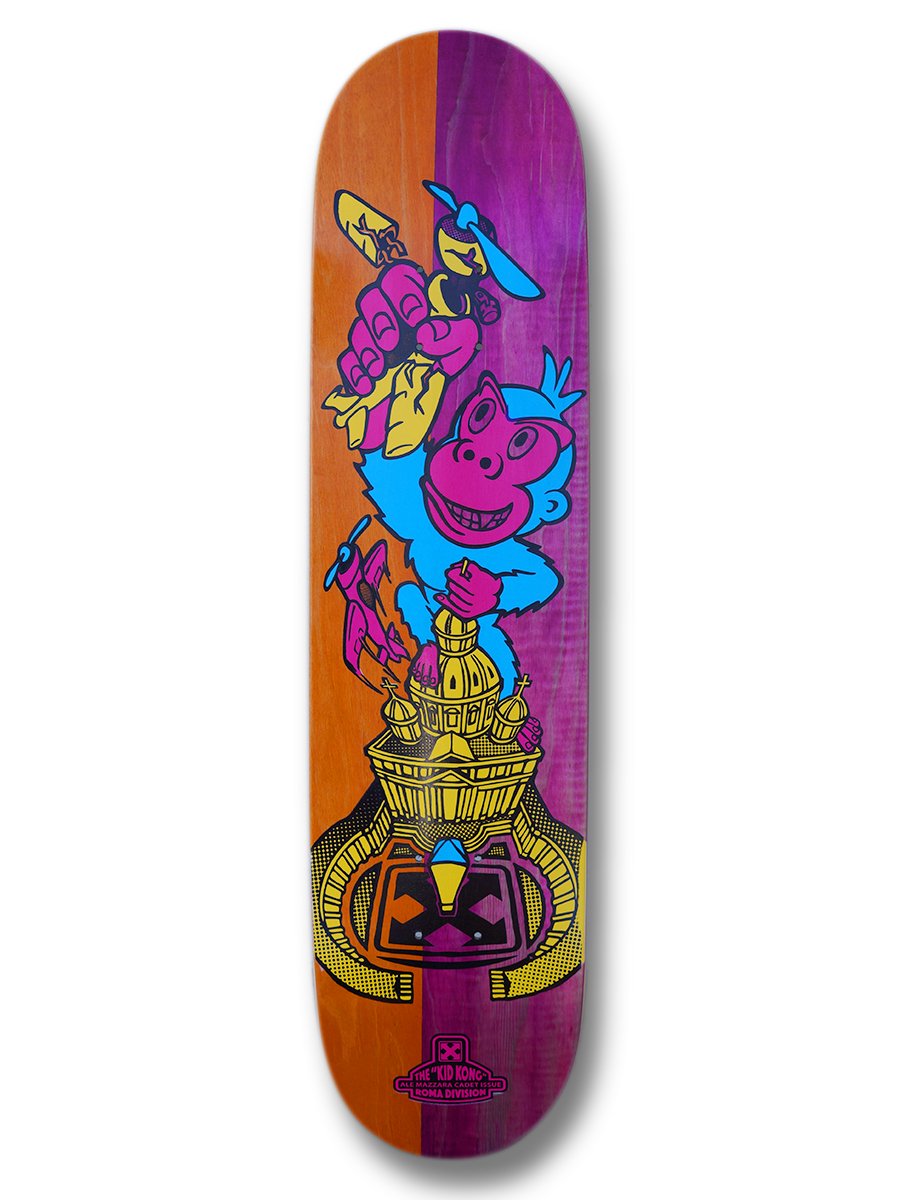 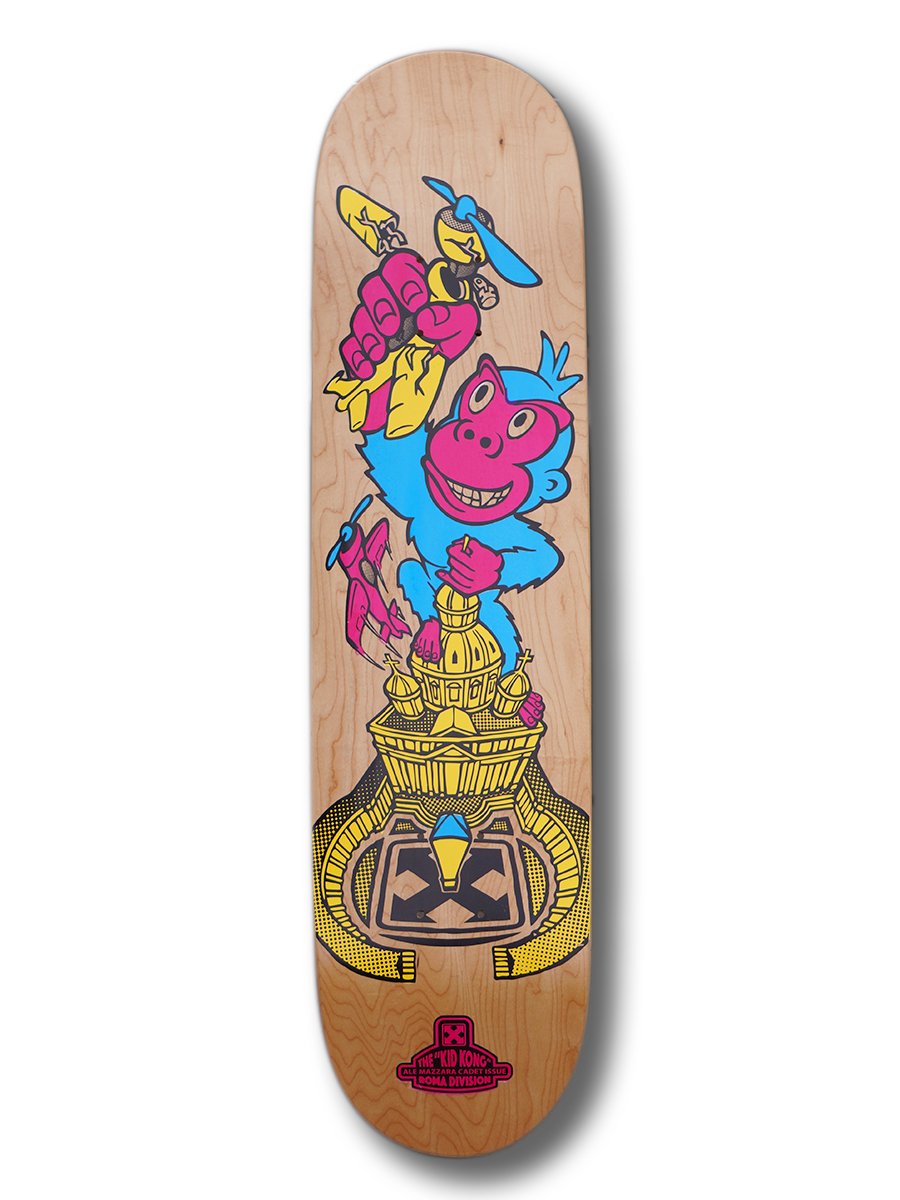 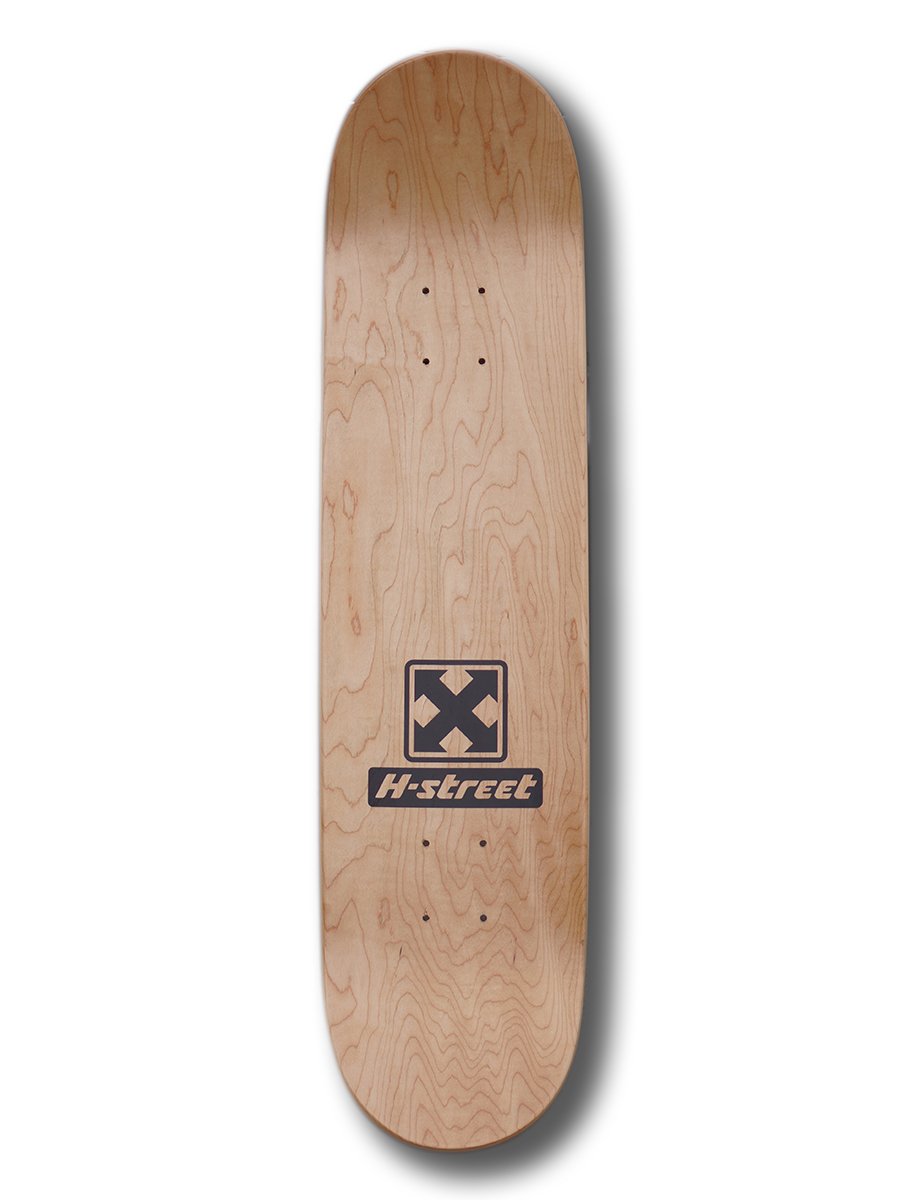