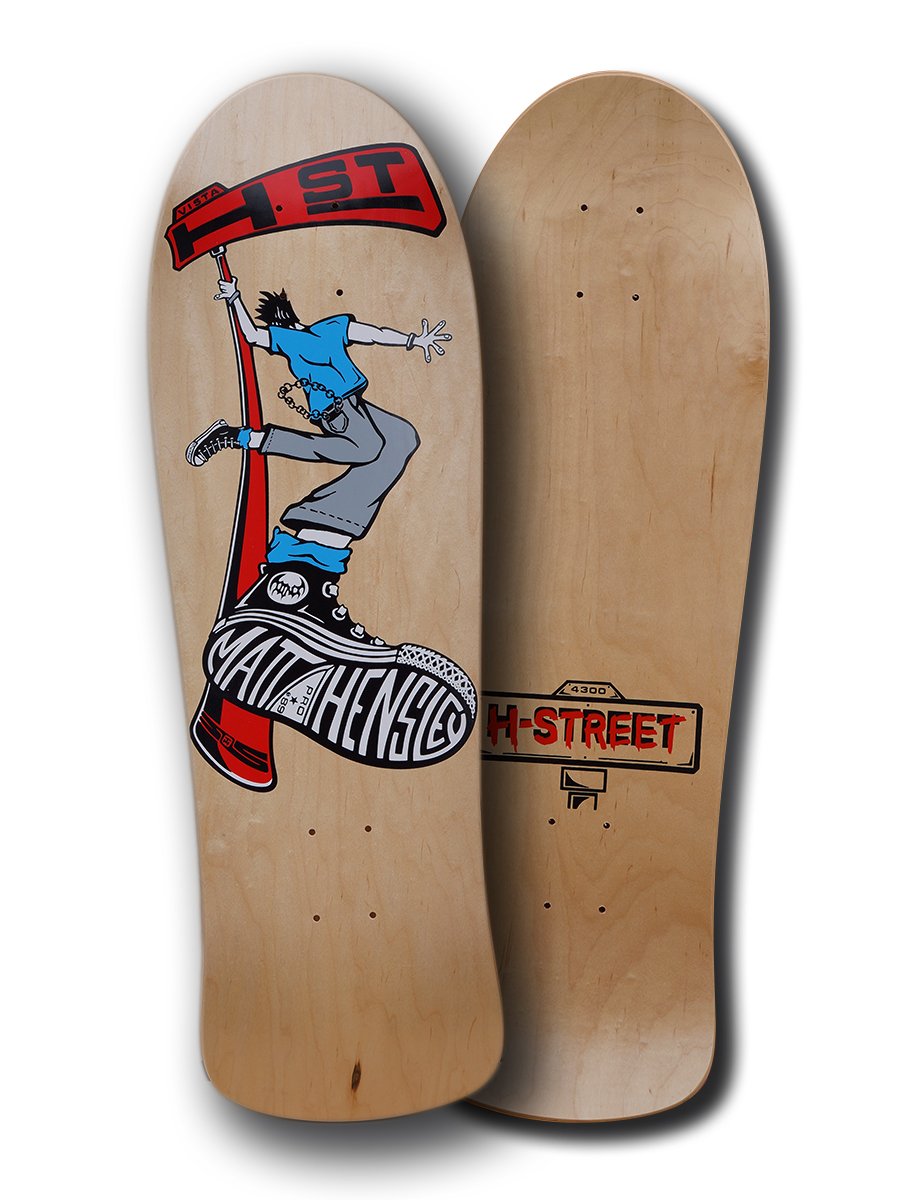 Matt Hensley met Mike Ternasky at the Visalia Skate Camp in 1987. Brennand Schoeffel had asked Mike if Matt could join him as a Skate Camp instructor.

Mike promptly saw Matt’s skateboarding and gave him with a box of H-Street decks, then called Tony Magnusson to inform him that the future of H-Street had arrived. By the time Matt’s footage in Shackle Me Not dropped two years later, a new generation of skateboarder’s would agree.

Shortly thereafter, graphics were designed by Scott Obradovich in which would become one of the bestselling boards of all time, the classic Street Swinger. This graphic has been painstakingly restored to its original glory and is one of the most sought after collector edition re-issues, available and was an original re-issue for the first time in 2016.

Every Limited Original Re-issue Series board from H-Street is individually numbered and classified by series letter. The first manufactured series being A, the second B, and so forth—meaning that this board is an original one-of-a-kind H-Street sanctioned re-issue as indicated by the laser mark and will never be made with the same mark twice. 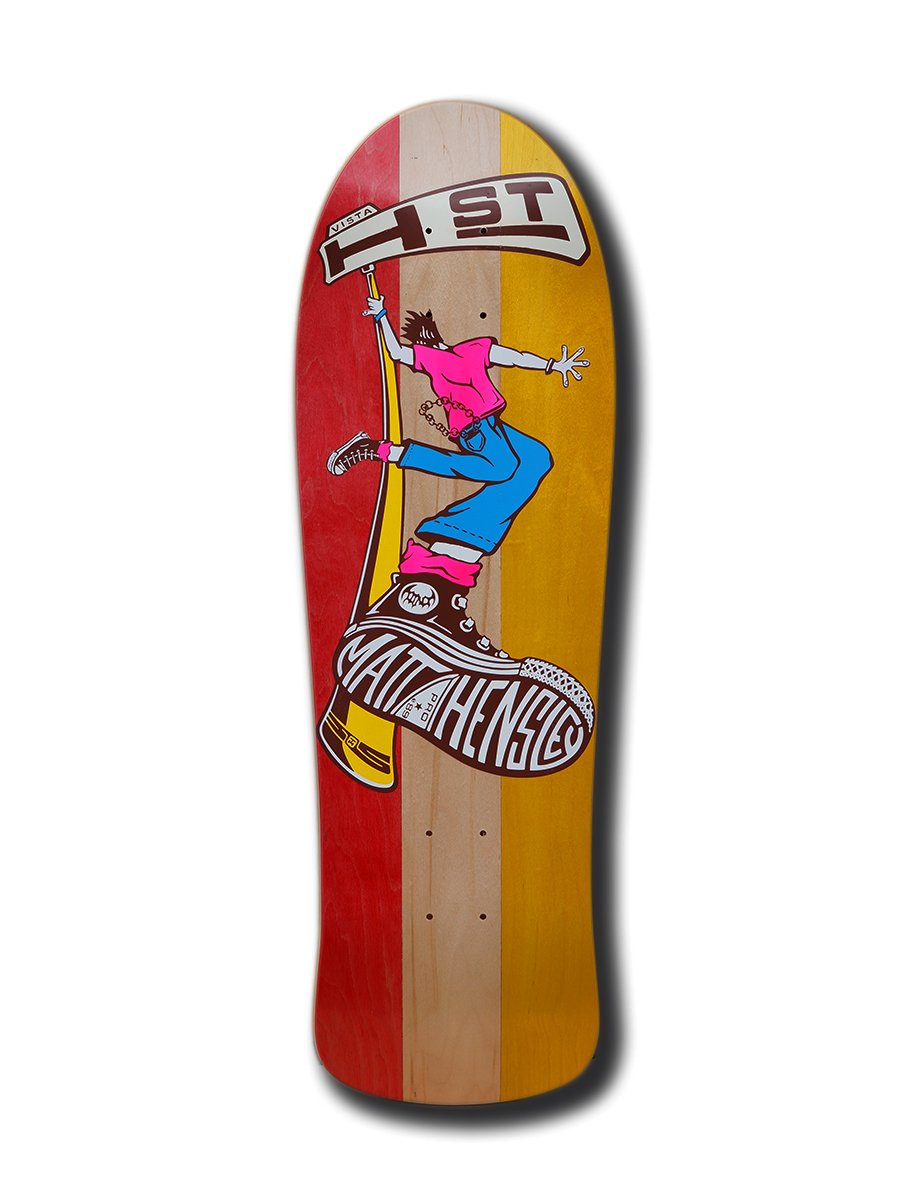 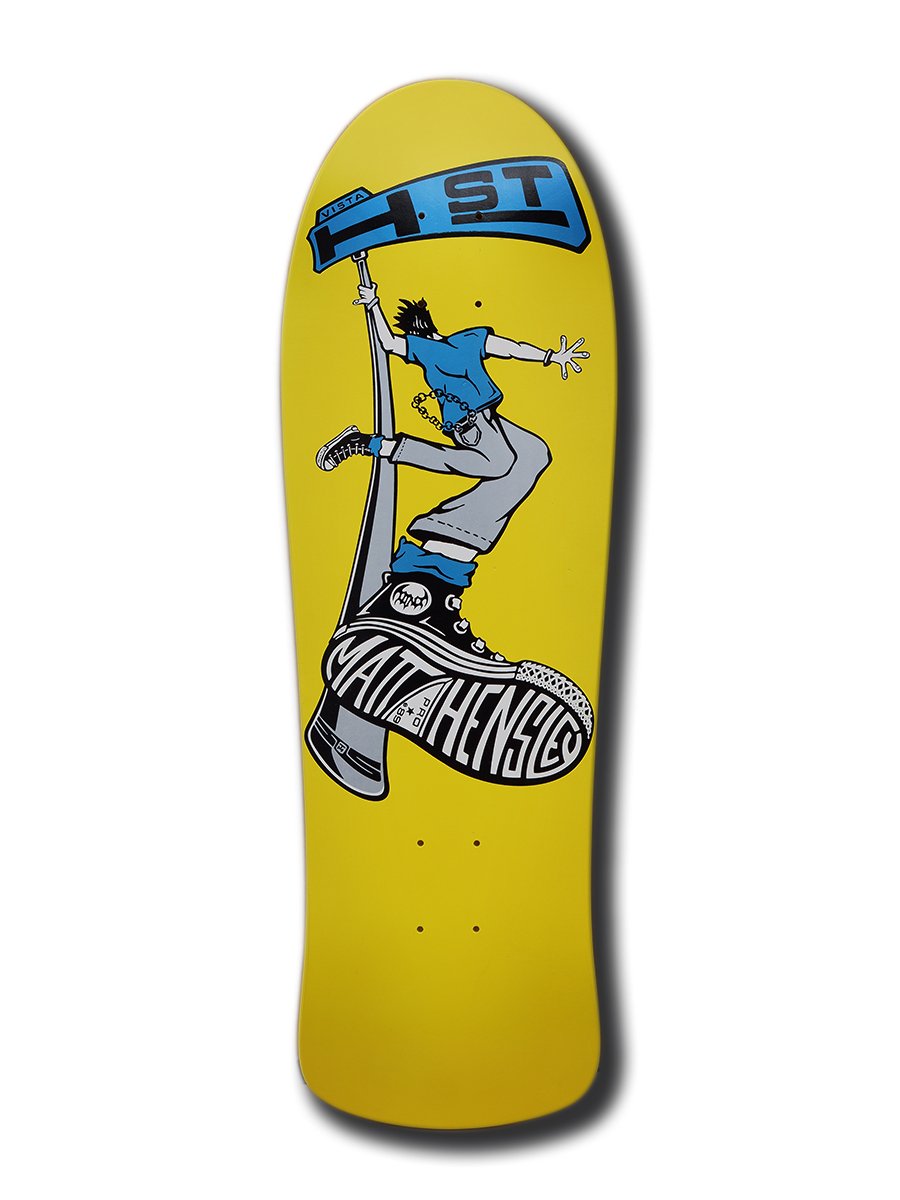 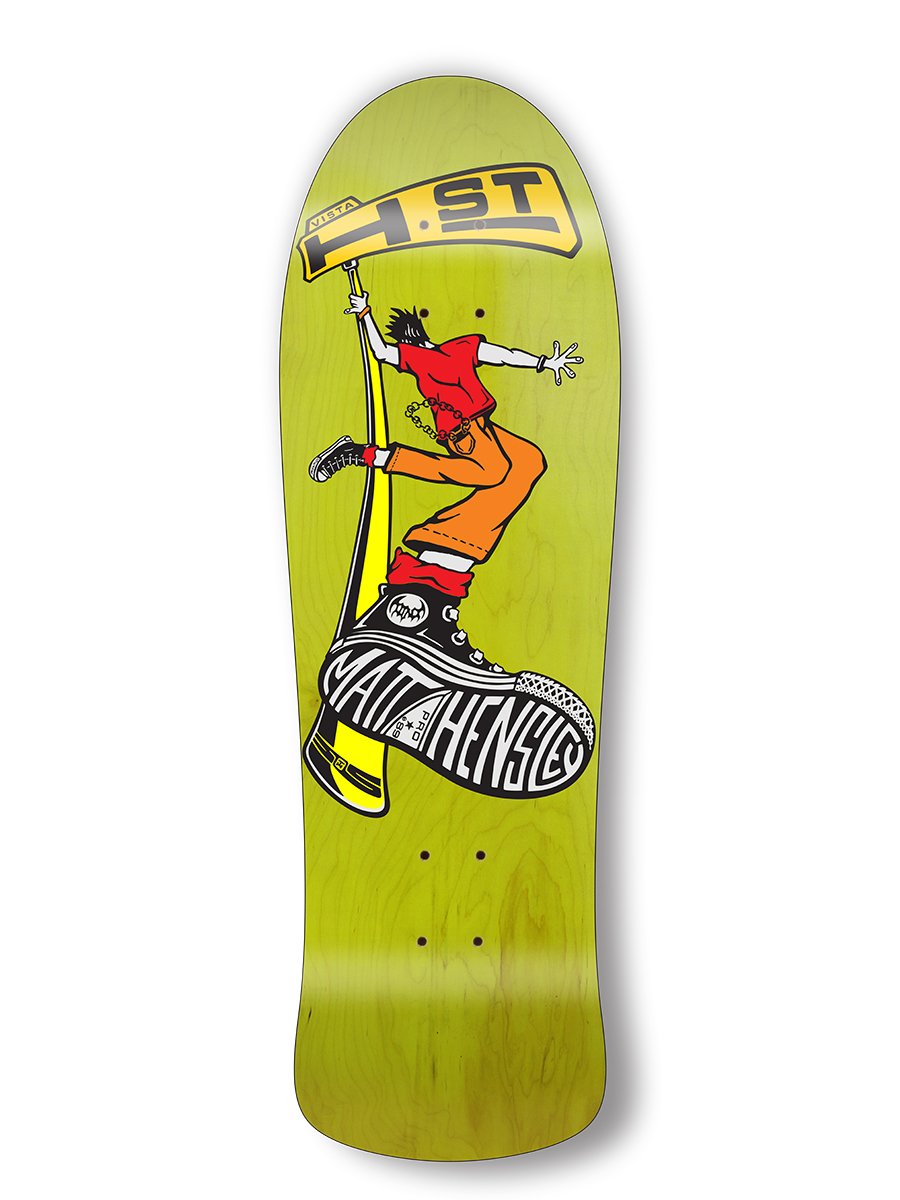