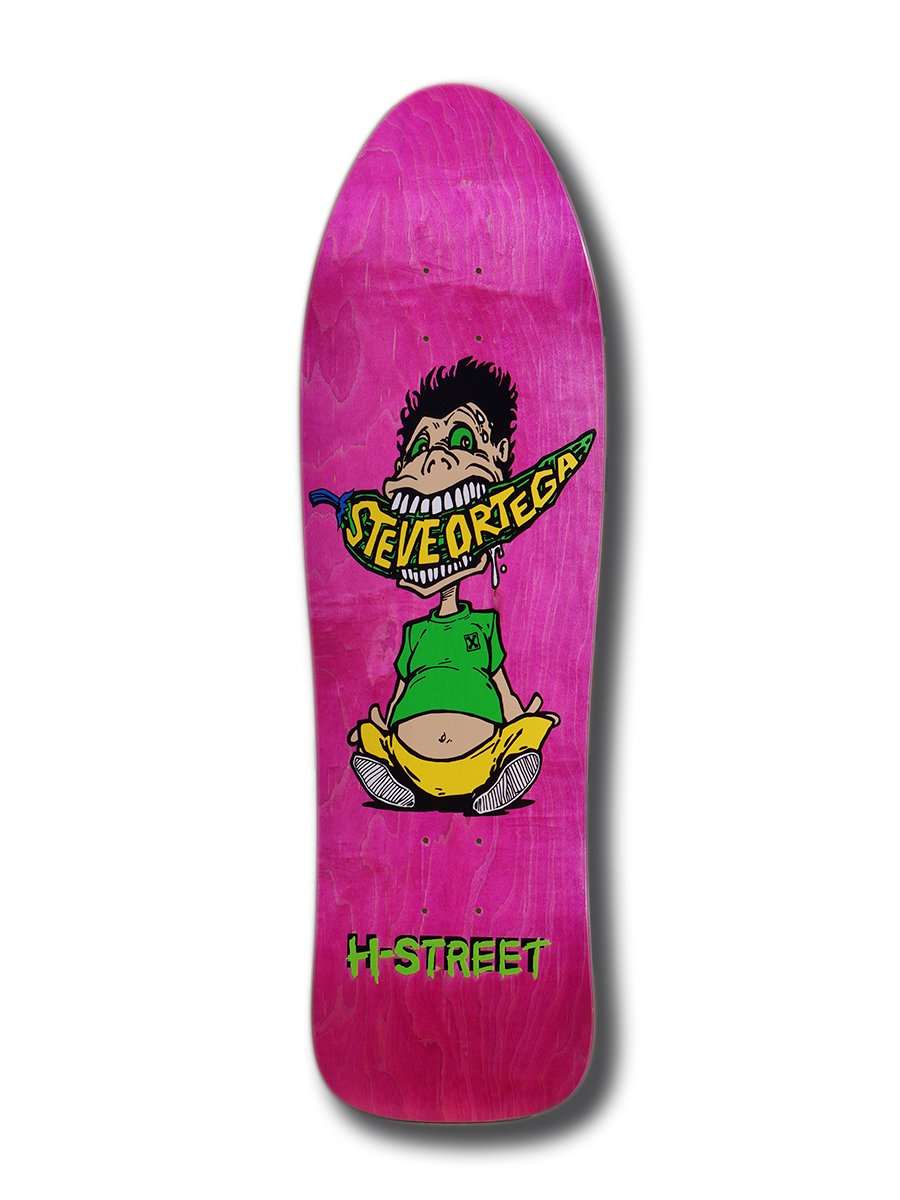 Steve Ortega was part of the original H-Street Vista crew, along with Matt Hensley, John Sonner, Ned Haden, Mario Rubalcaba and many others who all have remained good friends since then and most still live in the same area today. Somewhat regular sessions still take place at the Oceanside Skatepark.

Ortega’s board comes in an updated version of the original shape as a Park&Pool deck, made in the Supreme Concave with a new school hole pattern and also in a more modern Park&Street shape and standard concave.

The graphics to the Ortega Chili was originally a pencil sketch handed to Steve by a kid in Texas during a demo in the 80’s that were perfected by an unknown artist and Steve’s Pro Model was supposed have been released back then but never was. So this is the “lost” Pro Model re-issue from then.

Both Steve’s boards are handmade at Watson Lam with original silk screen techniques and we are making a rather small run of the A Series of the Chili, less than a hundred, in order to meet a deadline for a board release and art show we are planning for Matt Hensley and Steve Ortega later this month, so stand by for details on that. 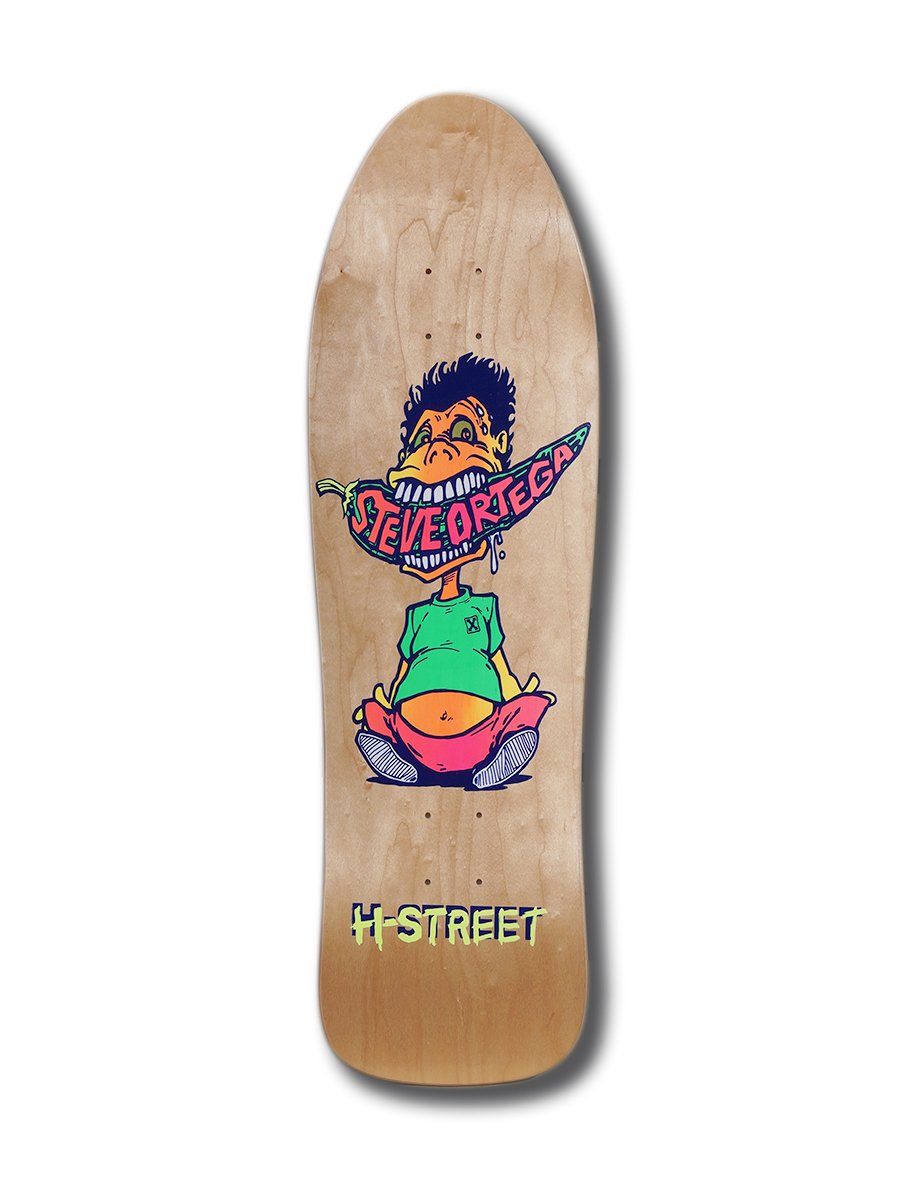 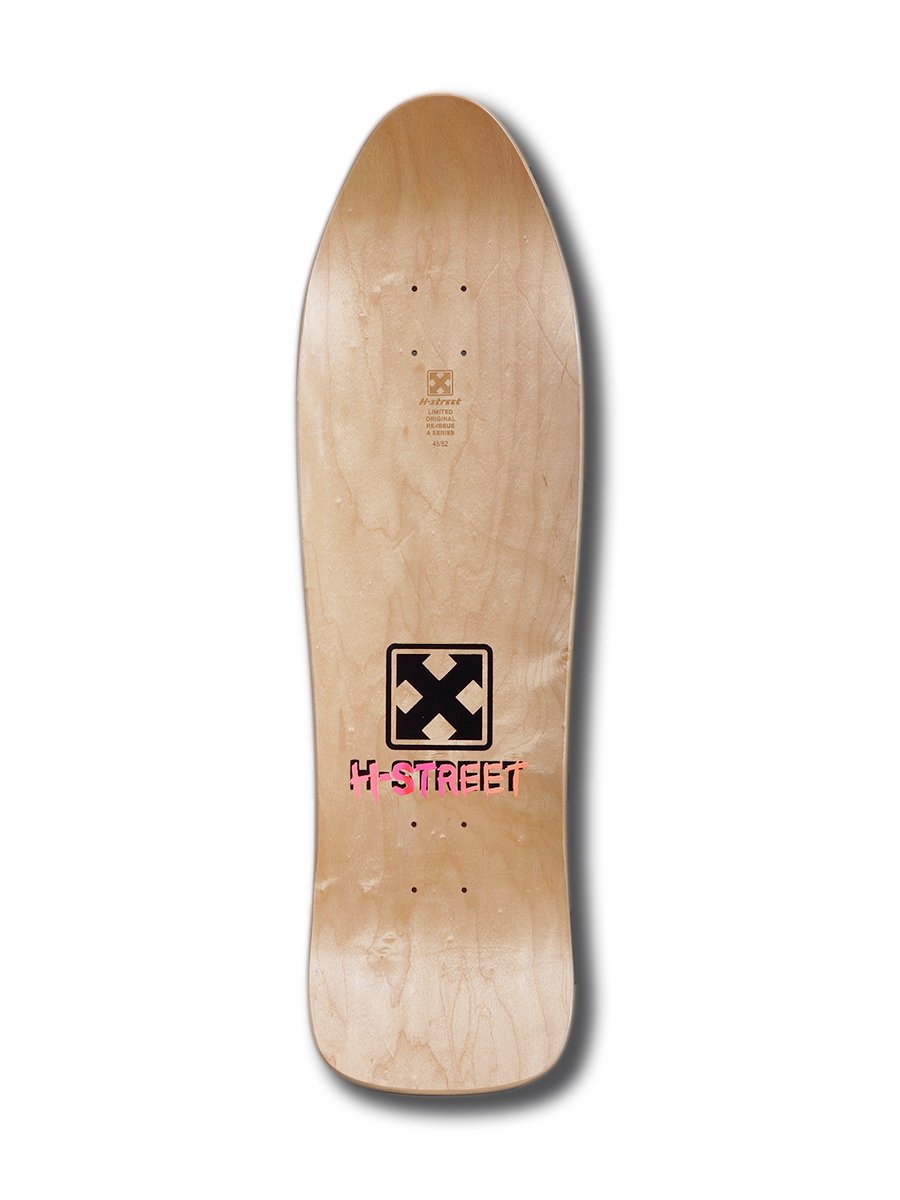 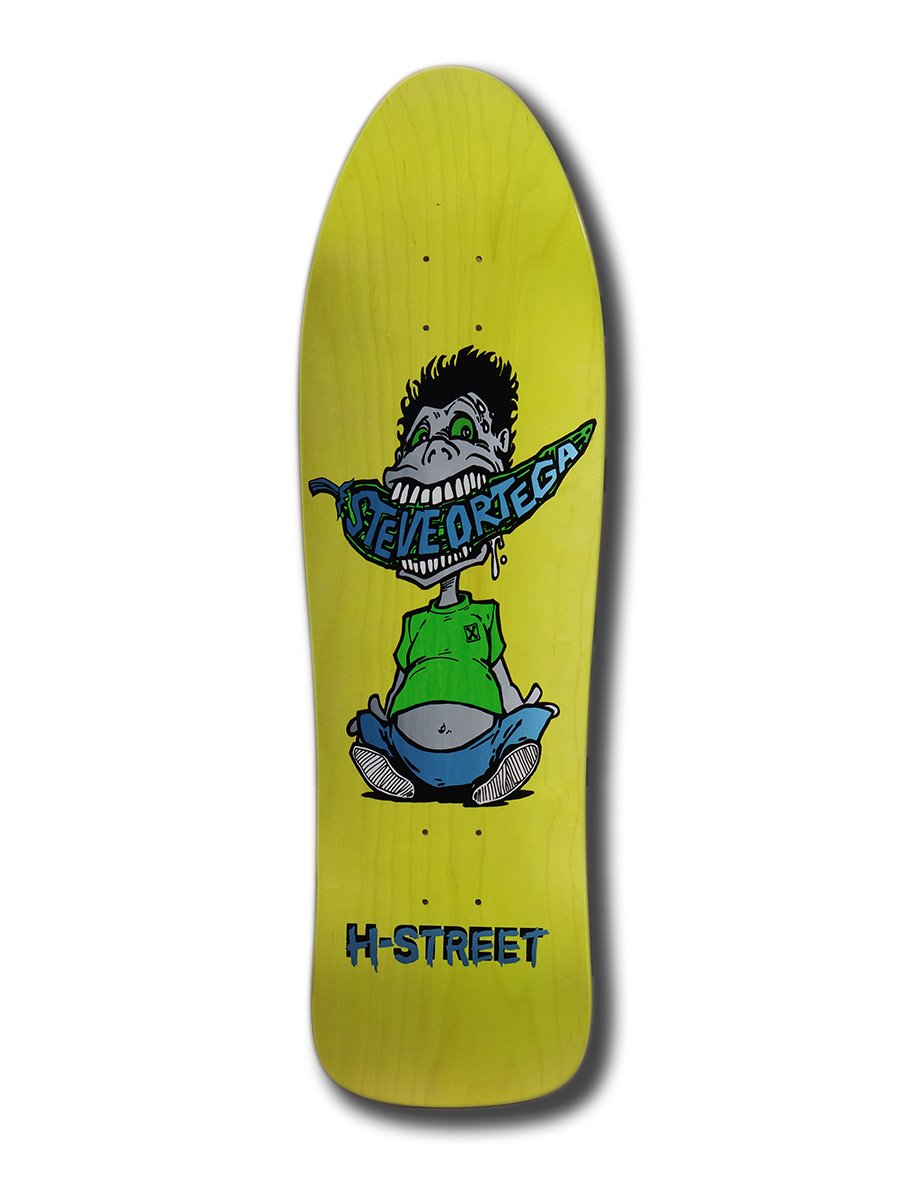 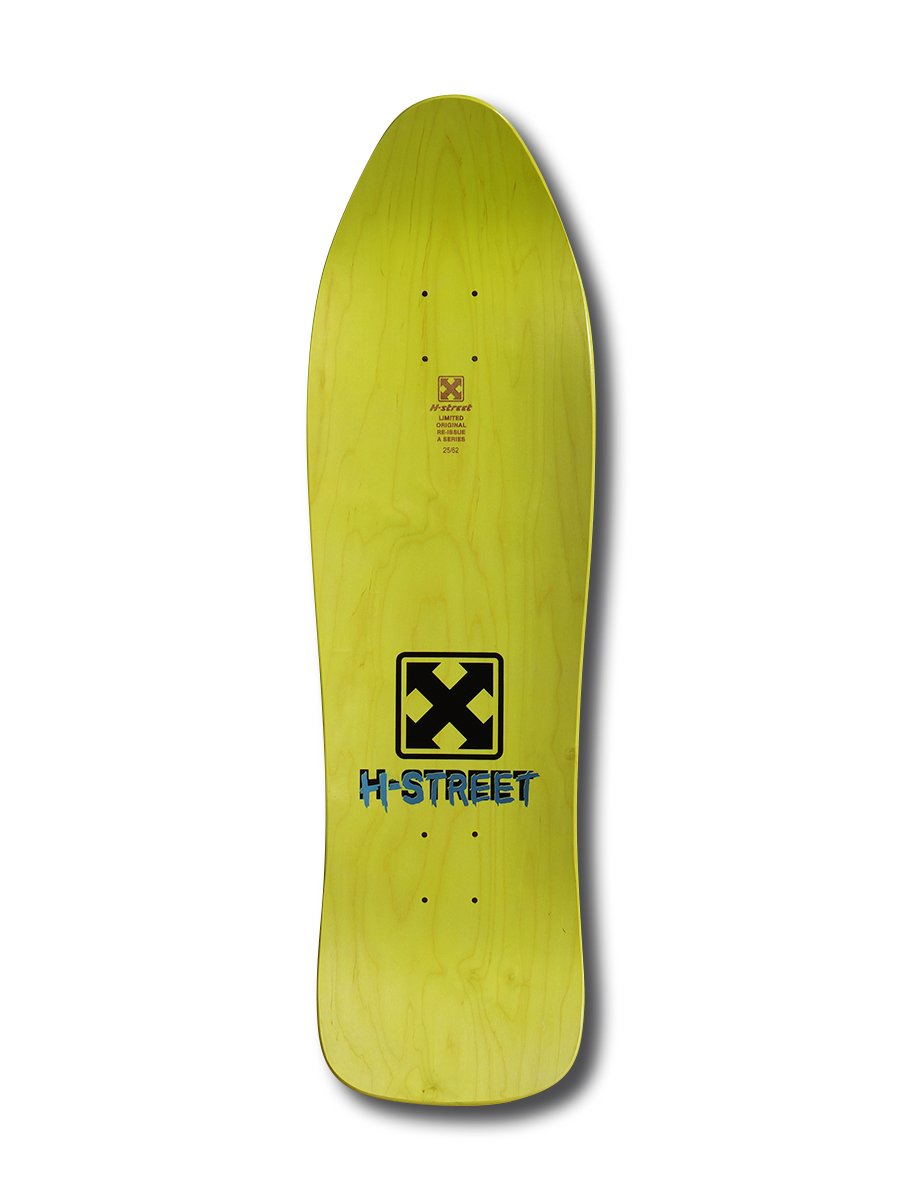