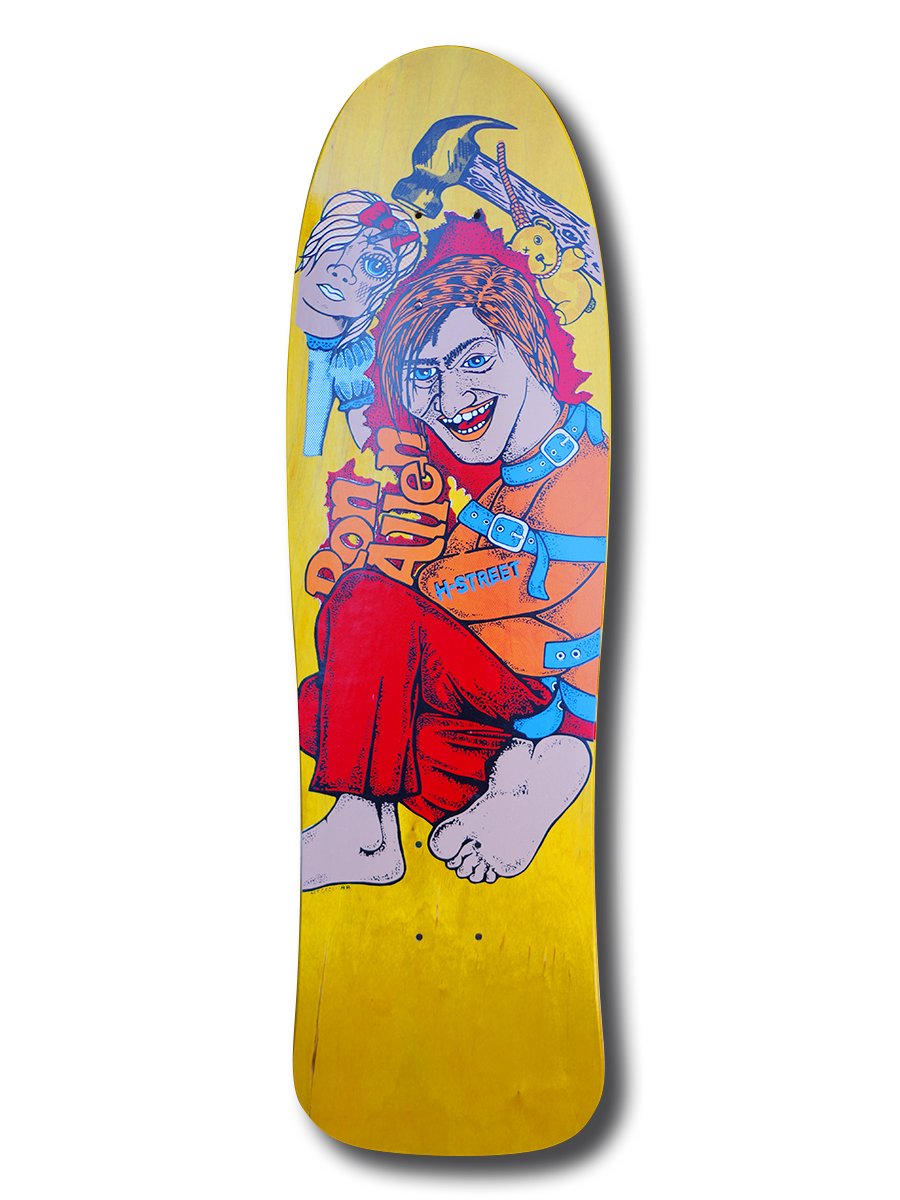 Ron Allen was one of the original members of the H-Street and the first street skater. Hailing from Northern California, Ron was part of the street skating movement that helped form what would become a revolution. While many of legends from 80’s still skate, they are usually the pool and vert skaters and very few street skaters still ride on an everyday basis and Ron is a rare exception.

Having performed several songs in the H-Street video’s, Ron’s pursued a career in music as MC Intelligence and has played in a number of different music collaborations around the world.

Art Godoy did this graphic for Ron in the 80’s. There was only one run of this board ever made back in the day, making the Hammer graphic one of the most sought-after collectors item of all time. 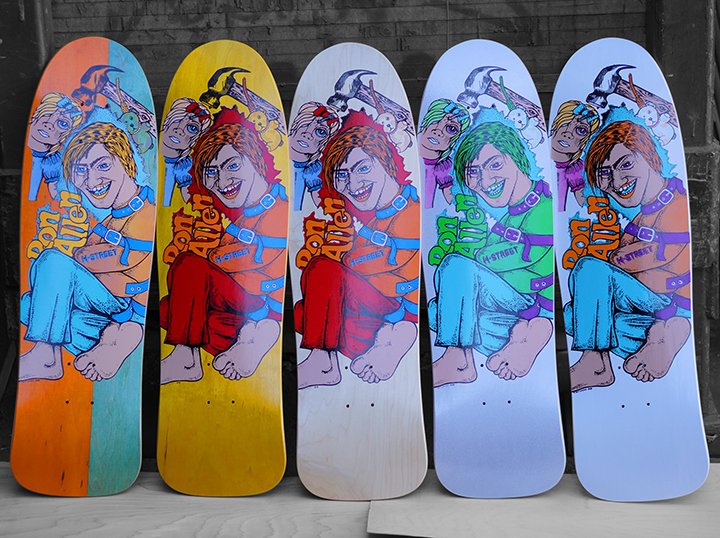 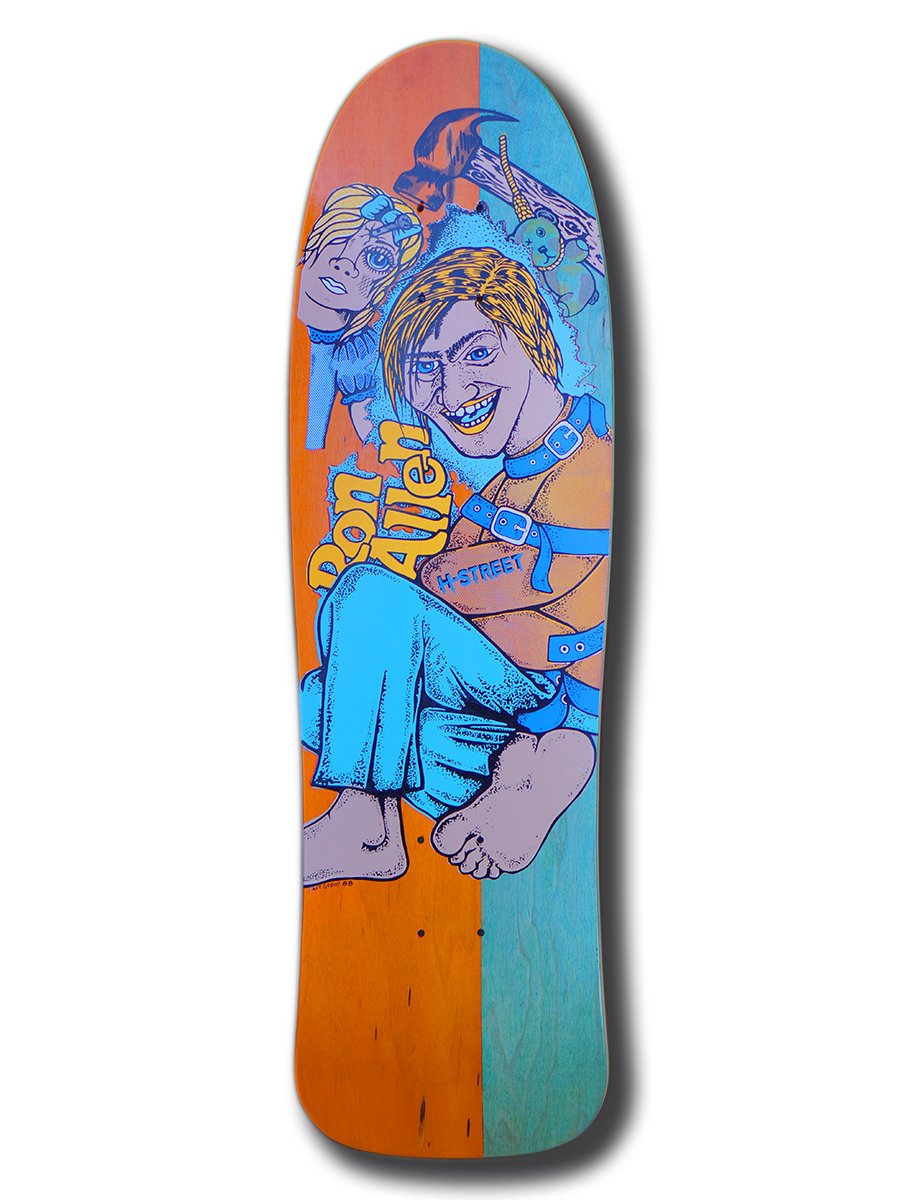 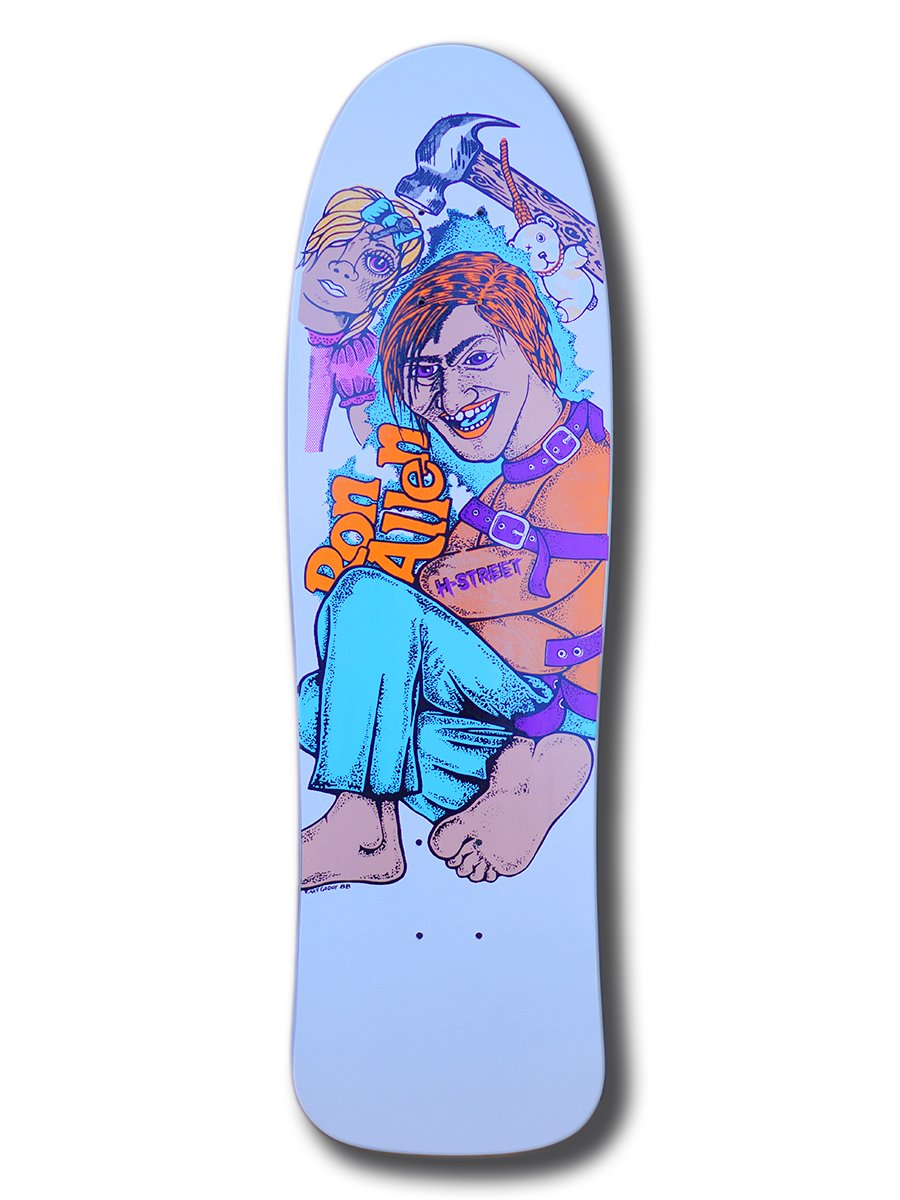 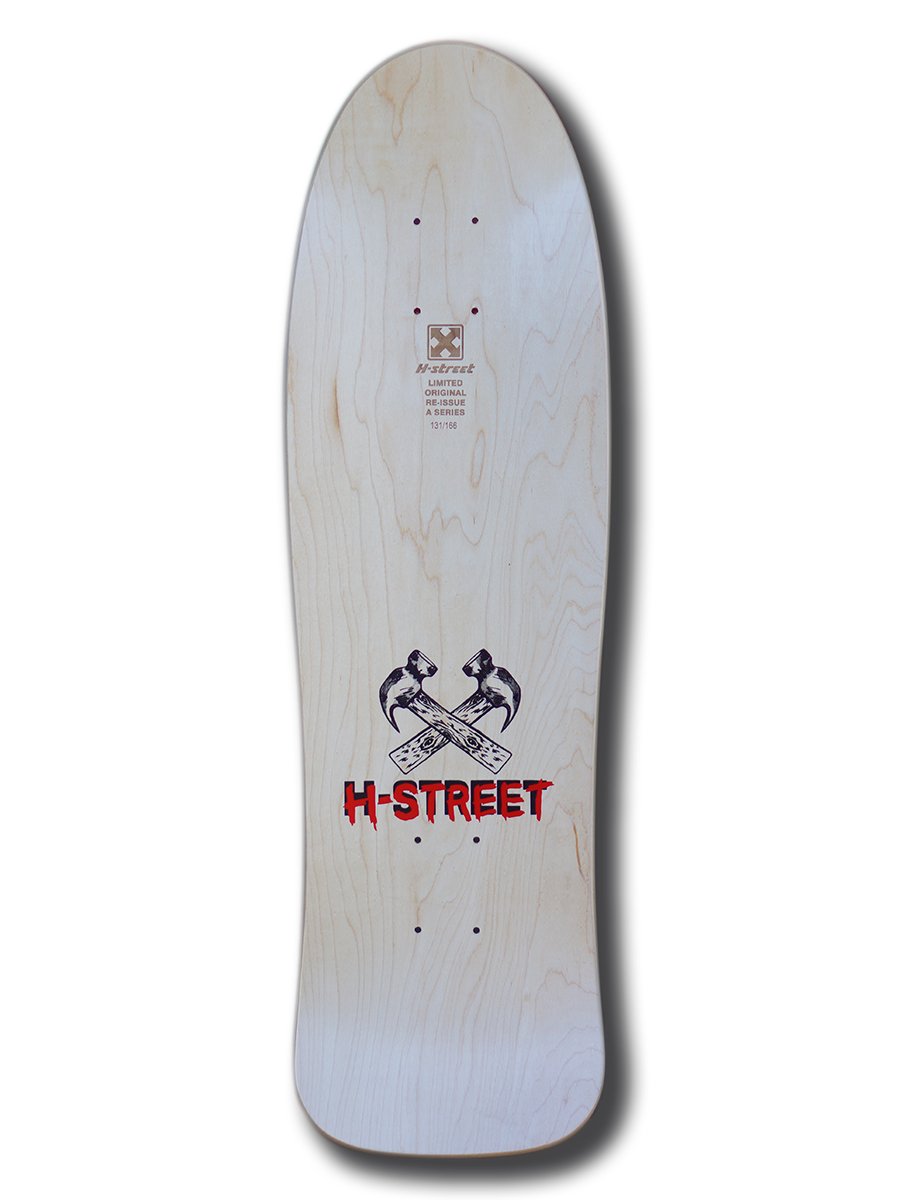